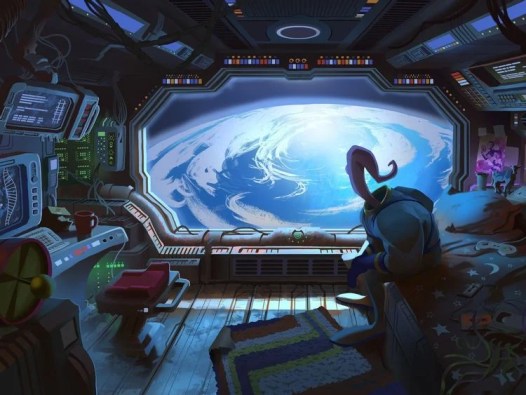 Earthworm Jim, he’s such a groovy guy. So groovy, in fact, that despite not having a video game or any real cultural impact for more than two decades, Earthworm Jim has a new cartoon in development from Interplay Entertainment Corp, APA, and animation studio Passion Pictures. The new animated series will be called Earthworm Jim: Beyond the Groovy and is part of Interplay’s new stab at producing film and TV content.

The show will follow Jim and other characters from the series as he searches the universe looking for his home planet, someplace called Earth. He will travel from planet to planet, all filled with other anthropomorphic creatures, while also being a hero and saving the day. The show will introduce new characters not featured in the series before but should remain true to the irreverent humor of a series of games, as well as the original ’90s Saturday Earthworm Jim morning cartoon that starred a giant worm in a robotic suit. It also looks to have a new animation style as the first look image and animation show.

“I remember loving Earthworm Jim as a kid,” said Michel K. Parandi, who is heading up Interplay’s film and TV efforts. “And there’s so much potential in this story universe: a galaxy full of animals battling for power.  Jim is an earthworm in a universe where Earth is nothing more than a myth. His struggle to find meaning is surreal and comical, but it’s also relatable.”

Earthworm Jim first stormed into gaming in 1994 on the Super Nintendo and Sega Genesis. His tongue-in-cheek game was a massive hit that skewered action heroes, had stunning pixel art, and was a blast to play. A sequel followed along with an attempt to go 3D on Nintendo 64, but the franchise has been completely dormant for years now, with the most recent release being a remaster of the original game in 2010 and ports to virtual consoles. A fourth game in the series was announced in 2019 to debut exclusively on the upcoming Intellivision Amico console, but that system’s release was delayed due to COVID-19 and not much news has come out about the game after its announcement.

Maybe with this new Earthworm Jim: Beyond the Groovy cartoon, the IP can finally crawl its way out of the dirt.