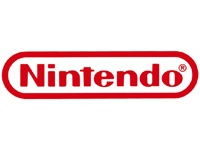 Enterbrain has released its 2007 year-end sales figures for the Japan, unsurprisingly revealing Nintendo’s domination in both the hardware and software sectors of the industry.

According to an MCV report, overall hardware sales in Japan jumped by 25 percent over the previous year to nearly $3 billion, while software sales actually fell slightly to $3.3 billion, a one percent decline. Nintendo’s DS handheld led the field with 7.1 million units sold, nearly doubling the sales of the second place system, the Nintendo Wii, which sold 3.6 million units. Sony’s PSP came in third with 3 million units, followed by the PlayStation 3, with sales of 1.2 million units, and the Xbox 360, which managed to break 257,000 units sold.

The list of best-selling software titles for 2007 was also very Nintendo-heavy. Wii Sports was the most popular title in Japan for the year, selling 1.9 million units. Monster Hunter Portable 2 by Capcom, the only non-Nintendo entry in the list, came in second with 1.489 million units sold, followed very closely by Nintendo’s Wii Play, which reached unit sales of 1.487 million. Fourth place was taken by Pokemon Mystery Dungeon, with 1.25 million units sold, while Mario Party DS closed out the list with 1.23 million units.