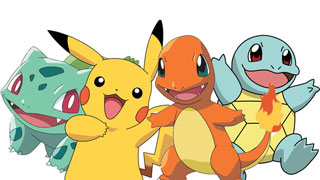 We may not have heard of it in Nintendo’s recent Direct broadcast, but there is a full Pokemon RPG in development for the Switch.

Pokemon fans were disappointed when there was no mention of a main-line RPG in development for the Nintendo Switch in last week’s Nintendo Direct. But those same fans got excited yesterday, as Nintendo confirmed that there is a full Pokemon RPG in the works for its newest console.

As rumors had said, the game is in the works at Game Freak. In the Nintendo Spotlight stream yesterday, the developer said that the new game was “maybe more than a year away.” Beyond that, there were no further details offered.

Could this game be the rumored Pokemon Stars? Maybe. It could also be a version of Sun and Moon for the Switch, much like the recently announced Ultra Sun and Ultra Moon.

We’ll have to wait to find out, but Pokemon fans now have one more thing to look forward to on Switch.