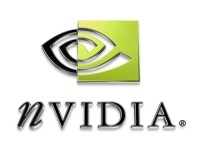 That total represents a 36 percent increase over the same period in fiscal 2007, which saw revenues of $687.5 million. Net income for the quarter, based on U.S. generally accepted accounting principles (GAAP) amounted to $172.7 million (43 cents per diluted share), a 99 percent increase over 2007. For the six months ending July 29, 2007, the company saw a record-high revenue of $1.78 billion, with a GAAP-calculated net income of $305 million (76 cents per diluted share).

“Our ongoing strategy to extend the reach the GPU is paying off,” said Nvidia President and CEO Jen-Hsun Huang. “There is a fast-growing universe of applications that rely on the processing capability of the GPU, from 3-D design and styling tools, video and photo editing software, 3-D maps, and videogames, to the user interfaces of the Mac and Vista. The GPU can surely enhance the computing experience for everyone, from artists, engineers, and scientists, to gamers and everyday PC users.”

The company also announced a 3-for-2 split of the company’s outstanding shares of common stock, to take place at the close of business on August 20.

Santa Clara, California-based Nvidia is one of the dominant video card and GPU developers in the industry. According to Mercury Research, NVIDIA has majority market share in five GPU categories, including desktop and notebook standalone, DirectX 9 and DirectX 10 units.