Alongside launch updates, Oculus confirms the ability for developers to sell content outside Oculus Store. 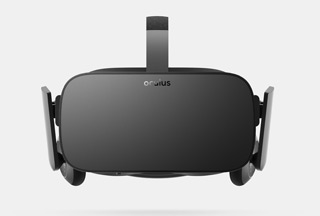 Over three years ago, the dream of virtual reality was rekindled with the launch of the Oculus Rift kickstarter. In March 2014, Facebook surprised the public with a $2 billion acquistion of the Oculus company. Finally, the release day has arrived, and the public can now get their hands on a Rift of their own.

They’ve decided to go all-in with their approach. “As a developer, you don’t have to be in the Oculus Store – you can sell outside, and when you do that you can you use your own IAP if you prefer, and we don’t take a cut. You can also request keys (royalty free) to sell your Oculus PC app on other stores, while making it available to the community through the Oculus platform.”

The blog post also announced the release of Oculus Platform SDK 1.0. This allows additional features like multiplayer matchmaking, peer-to-peer networking, and leaderboards for games and apps. This isn’t to be confused with the Oculus PC SDK 1.3, which also released at the same time. PC SDK 1.3 brings support for the consumer Rift, Asynchronous Timewarp, app lifecycle support, and native integrations with Unity and Unreal Engine’s latest releases.

Did any readers get a Rift on launch day? Share your Virtual Reality experiences in the comments!