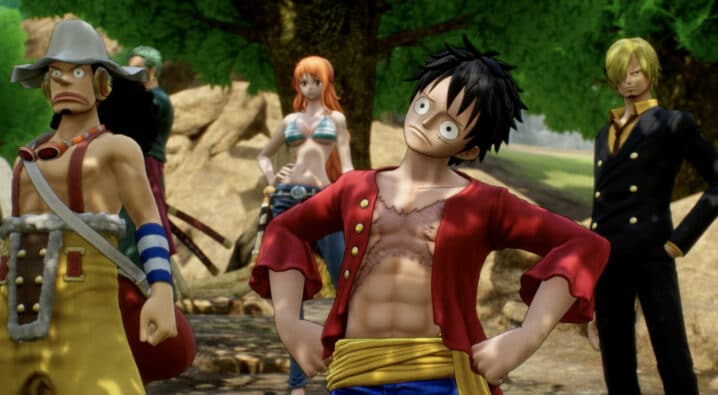 Bandai Namco has released a One Piece Odyssey release date trailer, marking a launch of January 13, 2023, for PC, PlayStation 4, PlayStation 5, and Xbox Series X | S. The trailer itself mostly serves as a story setup for those who may have missed out on updates thus far. One Piece Odyssey takes players to the mysterious island of Waford after Monkey D. Luffy and the rest of the Straw Hat crew find themselves shipwrecked. It’s an original story from series creator Eiichiro Oda that gives fans a new gamified take on one of the most popular anime of all time.

Those who preorder any standard copy of One Piece Odyssey will be treated to a few bonuses in the shape of 10 energy apples, 3 golden jellies, 10 excite apples, and the traveling outfit set. A deluxe version will also be available and includes a digital copy of the game, two petite jewelries, the sniper king traveling outfit, 100,000 Berry, future DLC, and the other bonuses included with the standard preorder.

Finally, there’s a One Piece Odyssey Collector’s Edition, which comes with all of the previously mentioned bonuses as well as a special box, a nice-looking Luffy and Lim figure, a SteelBook case with a physical copy of the game, and three special postcards. The game is available to preorder now in at least some versions from Bandai Namco. Until there’s more to share, you can watch the One Piece Odyssey release date trailer below.