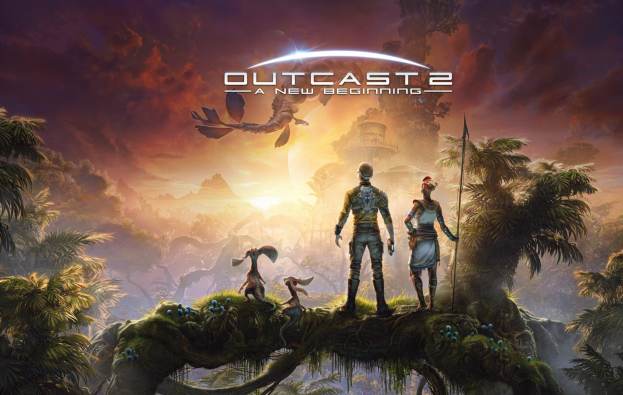 THQ Nordic and Appeal Studios are revisiting the genre-defining Outcast IP with Outcast 2 – A New Beginning, a full-fledged sequel for PC, PlayStation 5, and Xbox Series X | S. The original Outcast released as a pioneering non-linear 3D action adventure all the way back in 1999. Appeal released a much prettier remake with Outcast – Second Contact in 2017, but other than that, the IP has been dormant for around 20 years. Now, as revealed during the THQ Nordic 10th Anniversary event, Outcast 2 – A New Beginning is taking players back to play as Cutter Slade, with an Adelpha-set sequel that picks up right after the first game. There’s no release window yet, but you can see it in action in the cinematic trailer below.

THQ Nordic and Appeal shined some light on the long-awaited and unexpected sequel during a recent press event. With single-player, non-linear action adventure gameplay in mind, the goal with Outcast 2 – A New Beginning is to give new players the same feeling the original game gave to those who played it more than 20 years ago. To help achieve this, some of the original team is back working on the sequel, including composer Lennie Moore. It’s been in development with Unreal Engine 4 for around three years and will tell a completely new story for fans.

Outcast 2 – A New Beginning gives players more control with Cutter Slade this time around, featuring updated movement and third-person combat systems. Appeal and THQ Nordic also conveyed that fans can expect state-of-the-art cut scenes, as well as weapon combinations and Talan powers that will “make you feel connected to the world.” Discovery will be essential as players explore a game world that is described as “quite big.” THQ Nordic and Appeal may not have given us a release window to hold on to, but you can at least get another taste of Outcast 2 – A New Beginning in the pre-alpha in-engine trailer below, which features just the briefest look at gameplay. Some screenshots have been provided as well.