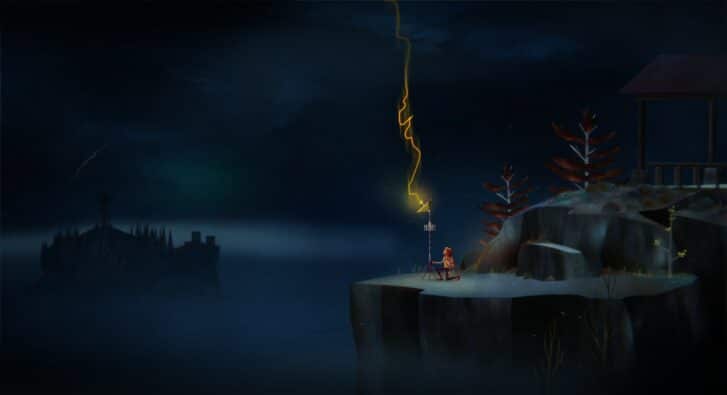 Oxenfree II: Lost Signals has added PlayStation 4 and PlayStation 5 (PS4 and PS5) versions to its lineup of platforms. Developer Night School Studio and publisher MWM Interactive announced the PlayStation editions today in a quick teaser trailer. The footage shows little more of the indie sequel, but you can watch it for yourself below.

However, coinciding with the PS4 / PS5 announcement for Oxenfree II: Lost Signals, lead writer and Night School co-founder Adam Hines shared additional thoughts and details on the PlayStation.Blog. Lost Signals will follow the story of Riley Poverly, a yellow-vested girl who finds herself confronting the choices she’s made in life, in a town with more than few mysteries.

“Born and raised in Camena to a veteran father and an absent mother, Riley moved away at the first opportunity, bouncing around between cities and jobs in an attempt to conjure up some direction in her life,” Hines explained. “Now, a recent change has pushed her to return to her old hometown, to take an entry-level job as an environmental researcher.”

Soon after, electromagnetic occurrences begin to cause a stir in Camena, as radios, TVs, and even nearby planes begin to, you know, lose signal. Riley is tasked with reporting on data as she helps uncover the mysteries as a research assistant, but then “things start going… weird.”

Night School is saving the rest of its Oxenfree II: Lost Signal story details for a later date, but the blog post at least promises that the game will feature a robust conversation system and radio to tune into supernatural signals. Oxenfree II will launch sometime later this year on PC via Steam, Nintendo Switch, PlayStation 4, and PlayStation 5.