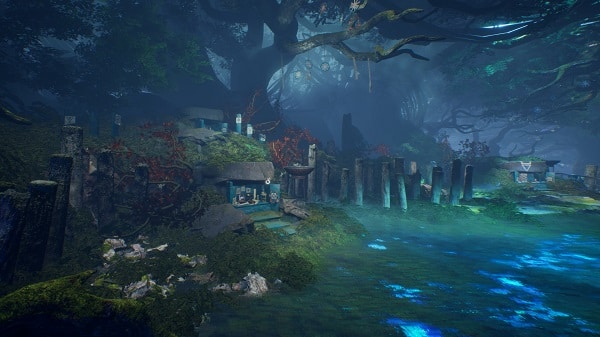 A new cinematic trailer for Paradise Lost shows what to expect from the mystery adventure game when it launches later this year on PC via Steam and consoles afterward. Polish developer PolyAmorous will explore an alternate reality version of its homeland as the game takes place in Poland after a nuclear war has ravaged the beautiful country and turned it into a wasteland.

“We can stay silent no longer,” an unnamed voice on a radio says in the trailer. “The government has yet to make an official statement and nonetheless we must say it clearly: The world as we know it perished today. In their desperation, the Nazis unleashed nuclear weapons on their homeland and Poland, which has been under occupation for the past 20 years. We suspect that most of the soldiers on both fronts have perished. Only time will reveal the scale of the damage and the next steps of the Third Reich.”

Paradise Lost takes place in a world where World War II never ended and the Nazis continued their reign of terror. Players will take the role of a 12-year-old boy that finds a Nazi bunker that is filled with advanced technology. The Polish development team is also taking advantage of Slavic folklore as the boy learns more about both the past and the new world that he’s in. PolyAmorous says that decisions the player makes will shape the present world and will impact what is seen later in the game.

While this marks the first released title for PolyAmorous, the studio is composed of industry veterans. Members of the development team have previously worked on Killzone, Ryse, and other triple-A games. The development has been made possible thanks to the studio winning Epic Games‘ Unreal Dev Grant 2018 prize.