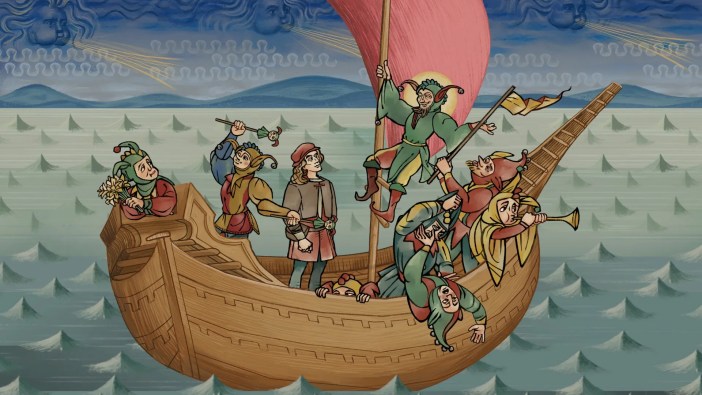 Obsidian Entertainment has announced a final November 15, 2022 release date for its 16th century journey, Pentiment, on PC, Xbox One, Xbox Series X | S, and Game Pass. Better yet, those in attendance at Gamescom this week will be able to get their hands on the game. Players who do so will hop in just after the first murder of the story takes place. It’s a first look at Pentiment before it comes to Microsoft platforms for $19.99 (or for free for Xbox Game Pass and PC Game Pass subscribers) for its November release date.

Secrets, deceit, unfathomable sins, and murder will be yours to experience in Obsidian’s upcoming game, Pentiment.

Pentiment was announced during the Xbox & Bethesda Showcase 2022 earlier this year and also managed to be one of its biggest surprises. So far, the game has poised itself as one of Obsidian’s more experimental projects, following a choice-driven story rooted in history and a striking art style. A brief synopsis of what to expect in this 16th century story set in Bavaria can be read below:

The main character is a clever illustrator caught up in a series of murders at Kiersau Abbey over 25 years. This character alone possesses the wits and will to expose the killers, but each decision he makes has lasting consequences and inexorably draws him closer to the center of an underlying conspiracy.

Obsidian has stayed incredibly busy since joining the Xbox Game Studios team in 2018. Aside from the narrative-focused experience that is Pentiment, the studio has been toiling away on games like its ambitious fantasy RPG, Avowed, and its highly anticipated sequel, The Outer Worlds 2. Both of those games are still a ways off, so it’s nice to know we have something from one of the industry’s best RPG developers to look forward to in 2022.