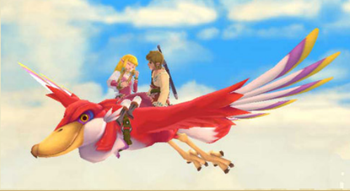 The petition, on Change.org, is at just under 70,000 signatures as of this writing, with its end goal to see late actor and video game fan Robin Williams immortalized in one of his favorite series.

There has been an outpouring of grief following the tragic suicide of Robin Williams earlier this week, and many people have been seeking ways to memorialize the beloved comic and actor. One that’s currently getting a lot of traction around the internet is a petition to name an NPC after Williams in an upcoming Legend of Zelda game, a series that was very dear to the actor.

The petition, currently at just under 70,000 signatures on Change.org, was started by Nick Schaedel of Adelaide, Australia, and is directed to Nintendo of America. Schaedel writes:

Robin was an avid player of video games, with a love for all things Nintendo, and a particular love of all things Legend of Zelda. It is well-known that he named his daughter after the series’ titular princess. Nintendo of America itself only recently hired him and his daughter to promote the franchise in a series of ads.

So, in a day where there aren’t many words, what can we do? Well, there’s a new Zelda game on the horizon. A bold reinvention, a fresh new open world adventure for Wii U. I would like to suggest that when the game is localised to English, Nintendo of America and the Treehouse name one of the characters “Robin” in his memory.

He won’t get to play it, but he’ll live on forever in a universe he always loved.

The petition is a sincere and heartfelt gesture, but it should be noted that signing it doesn’t guarantee Nintendo will take any action. Still, as Schaedel wrote, Williams and his daughter did star in a series of Nintendo commercials, so its not outside the realm of possibility for the company to honor Williams in this way if enough fans prove interested. And given that there’s already a similar petition to include Williams in World of Warcraft, we just might see him pop up to help Link in an upcoming quest.

You can sign the petition at the link below. Williams’ death has been dominating headlines recently, and our own site has been no different. Williams’ wife recently revealed that her husband was suffering from Parkinson’s Disease at the time of his death, and Zelda Williams herself has unfortunately been forced off Twitter as a result of soulless internet trolls.

Newly Discovered Pterosaur Is Unlike Any We’ve Ever Seen