Pikachu, along side ten of his poke-pals, will be the official mascots for the Japan National Football team.

Pikachu, Pokemon‘s most famous Pokemon, is already the unofficial mascot of Japan (alongside Goku, Hello Kitty, and Chopper, that is), so it should come as no surprise that the Japan National Football team uniform designer Adidas has chosen the yellow rat to be Japan’s official mascot for the 2014 soccer world cup in Brazil. Check out Pikachu in a soccer uniform bellow: 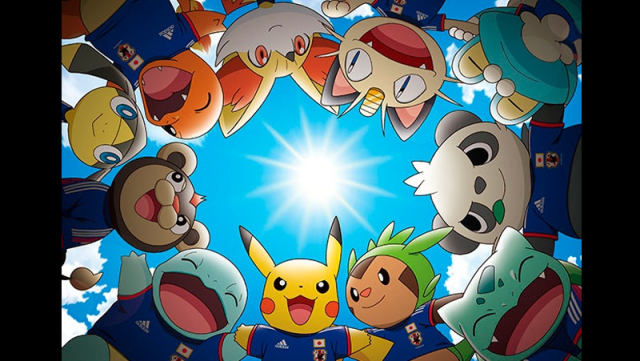 The iconic Nintendo character will be joined with ten of his poke-pals, including Charmander, Squirtle, Bulbasaur and Meowth, adorning the uniforms of the “Samurai Blue” in their World Cup quest, following an agreement between Adidas and Nintendo. This isn’t the first time Nintendo has done a sports-themed collaboration, with the company releasing an officially licensed Mario golf bag earlier in the year.

The 2014 FIFA world cup will take place in Brazil in June, and is one of the most prestigious soccer, or “football” as it’s called… pretty much everywhere else in the world, tournaments.

Nice to see Nintendo branching out and allowing people to licence its characters like this. Earlier in the year, the company said it was planning to licence out its characters to new partners, and this could be the first step of that directive.

Doctor Who LEGO Play Set Up For Official Review