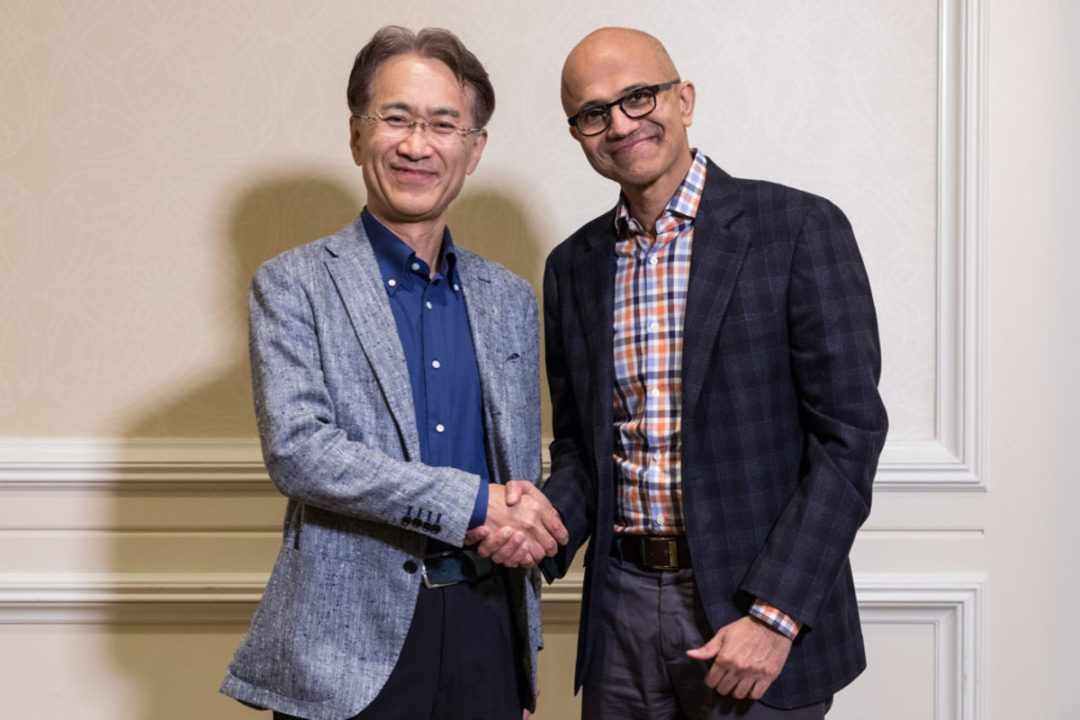 Sony and Microsoft: peace at last. The corporate titans behind the rival PlayStation and Xbox consoles have been warring for nearly two decades but are now yearning for a mutually beneficial partnership. According to a press release on Microsoft’s website, the two companies plan to pool specific resources in order to improve and support current and future content streaming services such as Microsoft’s Project xCloud and Sony’s Playstation Now. Under the agreement, Microsoft will share its cloud based Azure while Sony will return the favor with hardware technical capabilities.

“The two companies will explore joint development of future cloud solutions in Microsoft Azure to support their respective game and content-streaming services. In addition, the two companies will explore the use of current Microsoft Azure datacenter-based solutions for Sony’s game and content-streaming services… Sony and Microsoft will also explore collaboration in the areas of semiconductors and AI. For semiconductors, this includes potential joint development of new intelligent image sensor solutions.”

The truce, while shocking, is logical considering industry trends heading into the next decade. In case you were sleeping under a Sega Dreamcast, streaming and alternative video game subscription services are widely seen as the future of gaming. Google unveiled the Stadia at GDC; Apple announced Apple Arcade; Amazon is rumored to be planning … something. Despite Sony and Microsoft being committed to hardware like the recently announced PlayStation 5 and next Xbox, the companies are forced to make space for the new competition as the industry embarks into this new frontier.

However, video game streaming has a serious roadblock. While companies are promoting their streaming services as “The Netflix for games,” the technology simply isn’t ready for mainstream deployment yet. Sure, Google’s Stadia or Microsoft’s Project xCloud seem functionable in the right circumstances, but internet connections around the world — and particularly across the United States — are unreliable and video games contain input lag when streaming from another server. Even though streaming is the future, that said future may be many years away despite how visibly the industry’s major players are touting new online video game subscription services.

Simply put: streaming is a gamble. If it was a sure thing, these services would’ve been released years ago, and Apple Arcade would commit to being a streaming property rather than an Xbox Game Pass style of downloadable subscription service. There is a lot riding on streaming being a success.

And that’s kind of the rub isn’t it? Sony and Microsoft have been (forgive the pun) in the game for a long time. Where Google and Apple are trying to get a stronger foothold in the financially lucrative gaming scene, Sony and Microsoft are industry veterans that have invested years worth of time and money into their brands. They arguably have even more at stake if streaming should fail, and judging by their new comradery in this area, Sony and Microsoft striking a peculiar alliance showcases a willingness to put aside past squabbles in order to ensure that video game streaming is as good as advertised.

Good luck. We’re counting on you.