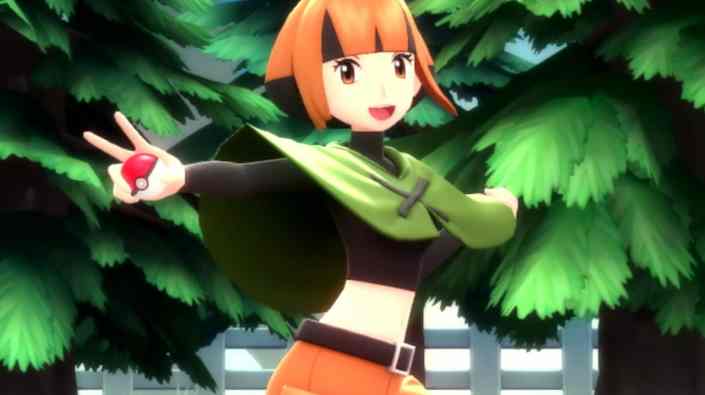 The Pokémon Company has released a new Pokémon Brilliant Diamond and Shining Pearl (BDSP) update video, showing off how things like Poffin-making and the Pokétch will work in the two Nintendo Switch remakes. While some of the features shown off have changed more than others for the new versions, it looks like most Pokémon fans will find many of the same mechanics from the original iterations.

Pokémon Diamond and Pearl first launched for double-screened Nintendo DS, meaning some features were tailor-made for that system. So, in-game utilities such as the all-purpose Pokétch have received a facelift for Pokémon BDSP to account for Switch’s single screen, with that device now visible in the top corner of the Switch. Meanwhile, Poffins in Pokémon BDSP seem to be used just as they were when they appeared more than a decade ago, though players now have the freedom to make them in Amity Square. This location also allows players to stroll around with up to six of their Pokémon out in the open for all to see and adjust the camera angle and zoom for taking photos.

The video also reintroduces players to some of the characters you’ll run into when revisiting the Sinnoh Region. Cheryl, Riley, and Gardenia take the spotlight this time, showing off the new models and animations you’ll enjoy when Pokémon Brilliant Diamond and Shining Pearl launch.

The last time we saw The Pokémon Company and Nintendo’s pair of remakes was in August when a Pokémon Presents showcase gave us information on how old features, such as the Grand Underground, have been revamped. While you wait for Pokémon Brilliant Diamond and Shining Pearl to launch for Switch on November 19, 2021, you can watch today’s new video below.