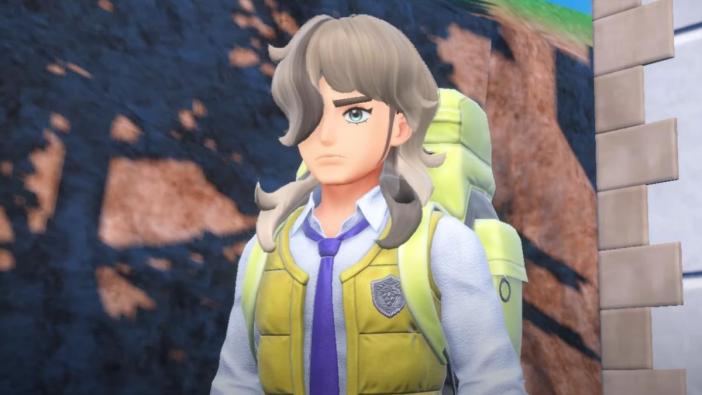 Pokémon games are no stranger to dealing with tough issues. Animal abuse was basically Team Rocket’s MO back in Red, Blue, Gold, and Silver. There was also the sick Ampharos in the lighthouse who was so attached to one trainer it would only accept medicine from her. As recently as Sun and Moon, we saw the difficulties of growing up without a loving parental figure. Sword and Shield gave us the tale of a young man coming to terms with his limitations and capabilities. Yet none of the previous entries have done quite what Pokémon Scarlet and Violet do: tell intimate stories about love and loss and accepting that the pain of the past need not determine your future.

While there are multiple instances of this theme throughout Scarlet and Violet, I want to focus on two. First is Arven’s double pain of losing his father or mother and the dread of losing the only friend he could always count on. Second is how Penny’s social anxiety and desire for camaraderie led her to create an entire Pokémon Team, who were then ostracized despite their noble purpose.

Arven is perhaps the most clear-cut story and essentially combines the narratives mentioned above from Sun and Moon and Sword and Shield. His one remaining parent, Professor Turo / Sada, has been missing for at least a few years, pushing what was already a strained relationship to its shattering point. That alone would take a big chip off any young person’s shoulders. Then we learn his one companion, a Mabosstiff he raised as he grew up himself, has wounds that resist traditional healing and needs the powerful Herba Mystica to recover properly.

Arven was likely just a child when his only known parent disappeared, leaving him with nothing but an ache for their attention and the responsibilities most kids never have to think about. Worse, he came home to an empty house every day, greeted only by his canine companion, who is literally on death’s doorstep at the start of the game. 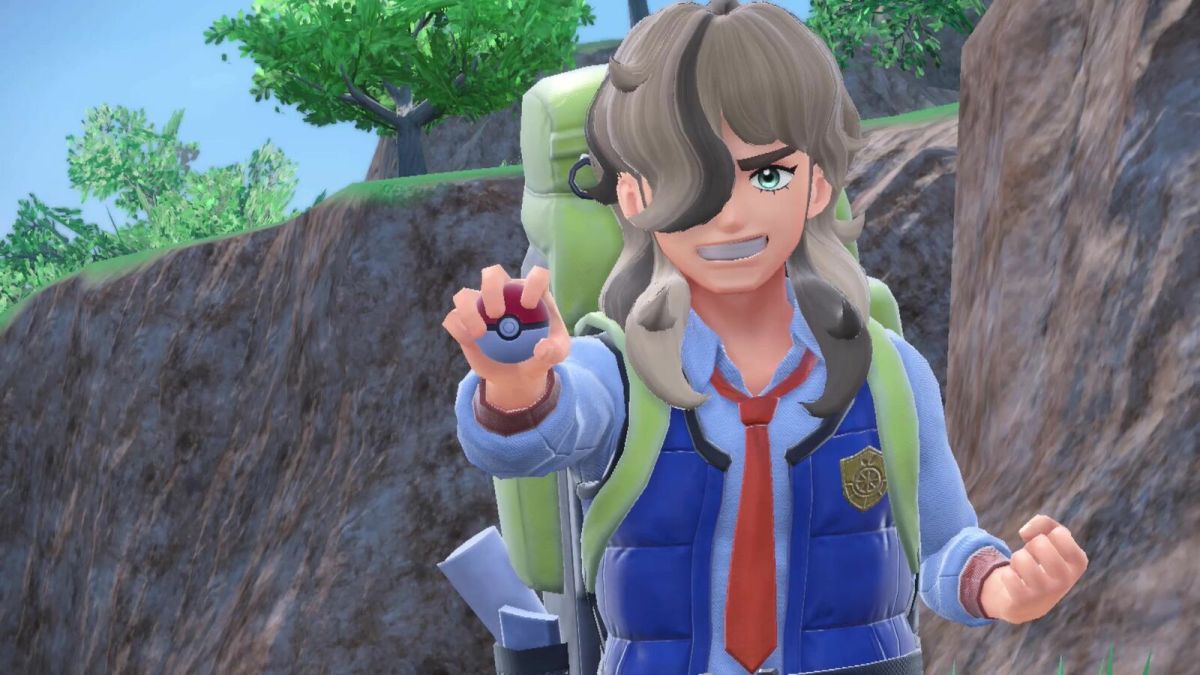 The story is familiar to anyone who grew up as a “latchkey kid.” It was to me. My parents worked late to support me, and when I was old enough to drive, or when they could find someone to take me home in the years before I had a car, I would need to unlock the house myself, care for the animals, make dinner, and start homework.

Arven’s story and my own are surprisingly similar, though I eventually saw my parents most nights. Had my four-legged friends been injured as gravely as Arven’s Mabosstiff, I would have also moved heaven and Earth to help them as he does. Where our stories significantly diverge doesn’t become apparent until the end of the story in Pokémon Scarlet and Violet. In a bid to protect Koraidon or Miraidon from a more hostile member of their species, the professor dies before they could see Arven again, leaving only a cold AI in their place.

It’s a testament to Arven’s enormous strength of character that he not only seems to forgive his parent but is also able to somewhat grasp what they were trying to do and how many regrets built up as they continued their work on the time machine. Arven goes so far as to say that he’s found a kind of clarity and joy in the friends he made despite his difficult upbringing. The player character and Koraidon / Miraidon have become his new family alongside Mabosstiff  — and with Nemona and Penny in the mix, the group is dysfunctional, prone to bickering, and often at odds, but nonetheless incredibly important to one another. Arven’s future is, therefore, much brighter despite what he’s endured. 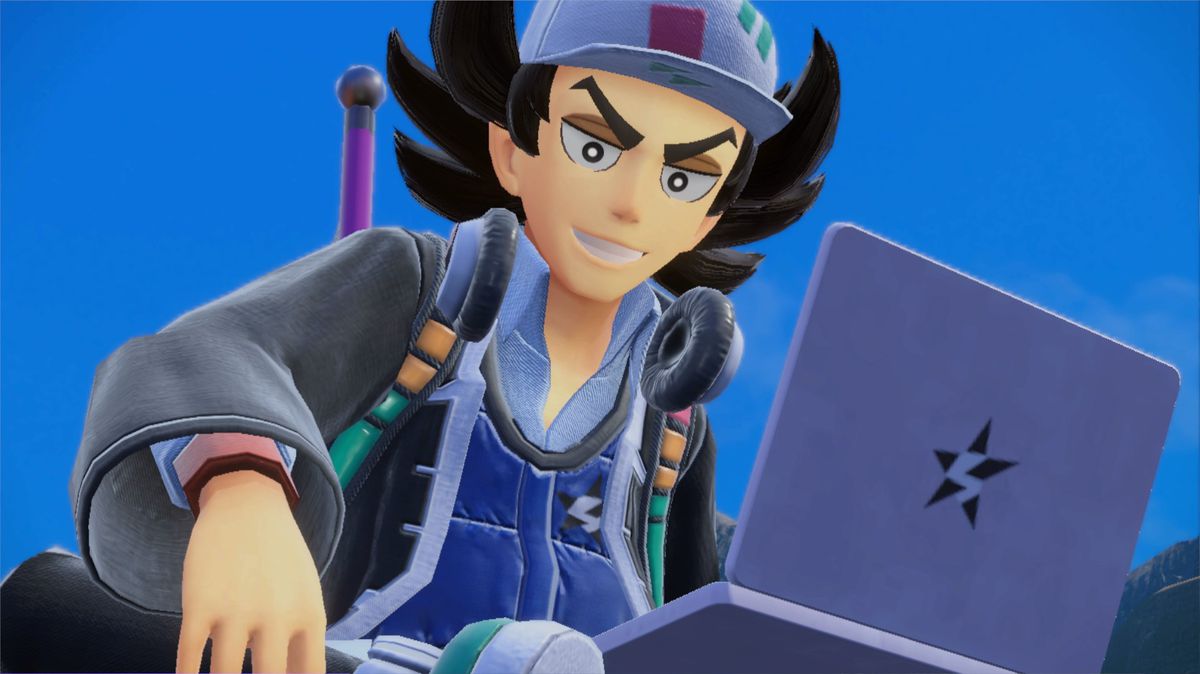 Occurring parallel to Arven’s quest to save his best friend is Penny’s story of saving the best friends she’d never met in person. As the creator of Team Star, and the person who gave those friends the power to take on their bullies, she should have pride in herself and those she cares about. Those dedicated friends — social outcasts for one reason or another — would take on the bullies who made their lives miserable and send them away, tails tucked. In the process, however, Team Star would be painted with the same brush, with all their members feeling obligated to leave school.

Penny took this turn of events the same way I would: She felt personally responsible for the whole affair and decided it best to take the full weight of the consequences. When Pokémon Scarlet and Violet start a year and a half later, Penny is still unable to face her friends (bearing in mind they’d never met face to face), so she enlists the player character to dissolve Team Star on her behalf. Her goal is to save them from themselves and the burden she believes to have unnecessarily placed on their shoulders.

It’s only at the end of her questline that she learns that not only did those same friends desperately want to know her better, but they never lost faith in her despite everything that had happened. The majority of her fears and insecurities about the past she helped create were of her own design. While her team’s actions in taking on their bullies were out of line, Penny’s needless self-sacrifice was predicated on her belief that their actions were entirely her fault, so she should be punished for them alone. 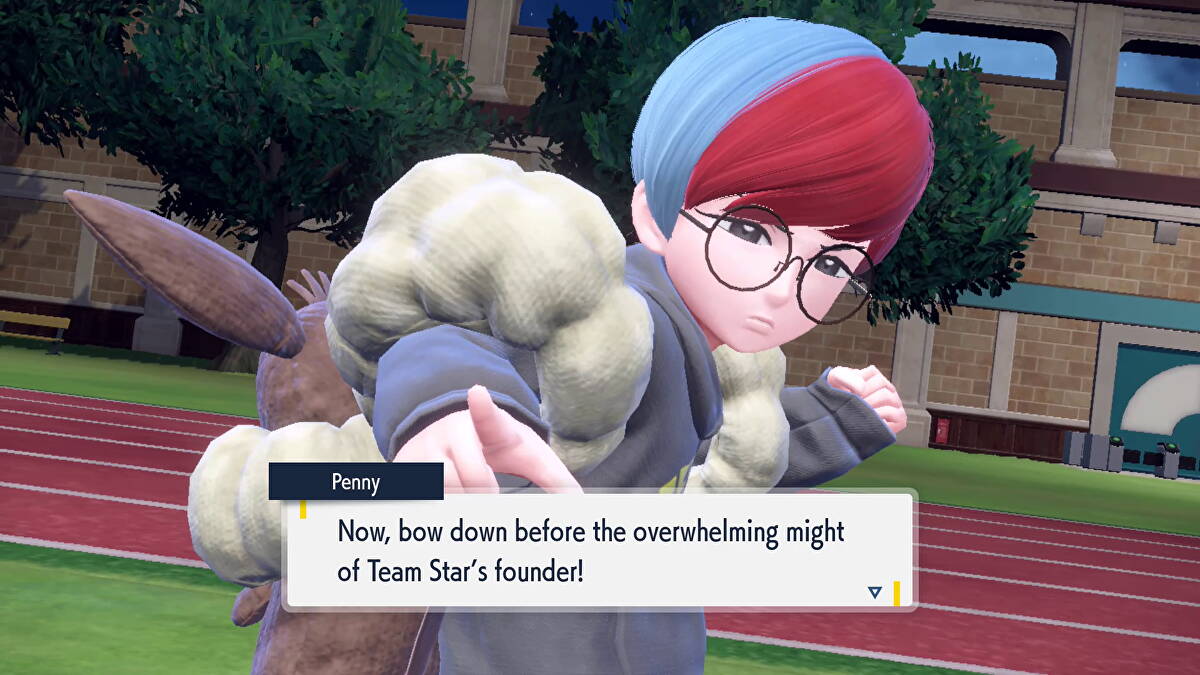 It’s a sentiment I’m all too familiar with. The lack of self-confidence, the desire to be personally hurt so no one else feels any pain, the belief in how burdensome you can be — all of it is like an old hat. What I’ve discovered, and what Penny learned, was your best friends will be there for you despite your failings. By the end of Pokémon Scarlet and Violet, Penny has her team back and more supportive than ever, and her talents have landed her a job with the Pokémon League. While that latter fact comes with a bit of baggage, the fact that new and old friends would go to such lengths for her gives Penny the strength to accept herself and look at the future with more hopeful eyes.

While I never used my (nonexistent) computer skills to build an entire team of misfits to fight the other kids who bullied me, I know how much easier it seems to take the fall for a problem beyond my control. I also know to be so insecure that even trust in good friends can seem fragile enough that it could break under the weight of a single mistake. I spent years afraid of asking anyone for anything because I felt I’d be a burden for doing so — someone who takes everything and gives nothing. But friendship is a two-way street, and no one who cares about you will fault you for being human.

There are plenty of other more personal stories in Pokémon Scarlet and Violet: Nemona’s loneliness thanks to her distant, affluent parents. Director Clavell’s shame at the bullying issue in the academy. Gym Leader Grusha’s regret and frustration at the loss of his snowboarding career. The list goes on. Penny and Arven’s arcs cut the deepest for me, though, and they’re the two characters who experience the most growth overall. If future Pokémon games can dig deeper into these kinds of narratives, I think the series will be in a much stronger position going forward.