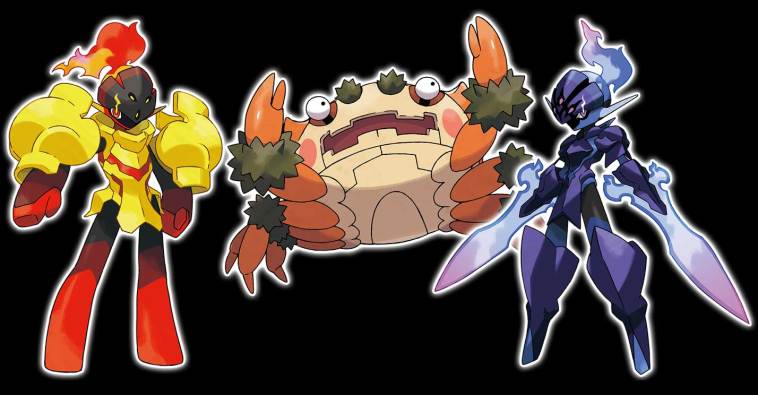 The Pokémon Company has released a new “Seek Your Treasure!” trailer for Pokémon Scarlet and Violet, containing details on the three big story adventures housed in the games, in addition to teasing some new version-exclusive Pokémon. The three storylines you will explore in Scarlet and Violet are Starfall Street, Path of Legends, and the traditional Victory Road pursuit of becoming a Pokémon League Champion.

In Starfall Street, you will face off against rebellious students. Team Star is the name of the school’s troublemakers. Mela is the boss of Team Star’s “Fire Crew,” and she is introduced coming out in a huge, Mad Max-ish sort of vehicle. It’s difficult to tell from the Pokémon Scarlet and Violet trailer, but there may be some sort of real-time action element to this portion of the story.

Next up is Path of Legends, where you will seek out the legendary “Herba Mystica.” You will apparently have to go to the lairs of “Titans” to obtain their Herba Mystica, and Titans sound like just much larger versions of typical Pokémon. Klawf, a new Rock-type crab Pokémon, is the Stony Cliff Titan.

Finally, Victory Road sees you taking on the Gym Leaders. Geeta is chairwoman of the Pokémon League. And this time around, there are “Gym Tests” with requirements such as to “Seek out the Sunflora in Artazon!” Brassius is a Grass-type Gym Leader who battles with Smoliv and Sudowoodo, the latter of which Terastallizes into what Brassisus names “Truleewoodo.” (The battle menu still calls it Sudowoodo though.)

So, those are the three big story adventures you can expect in Pokémon Scarlet and Violet, but there are also two new version-exclusive Pokémon revealed today: Armarouge, a Fire/Psychic-type exclusive to Scarlet, and Ceruledge, a Fire/Ghost-type exclusive to Violet. Per Serebii, Armarouge gets Armor Cannon, which must be powerful since it lowers the critter’s own Defense and Sp. Defense, and Ceruledge gets Bitter Blade, which restores the user’s HP by up to 50% of the damage inflicted.

Here are additional details on all the new Pokémon:

Armarouge
Armarouge’s set of armor belonged to a distinguished warrior and is the source of the energy used for its Psychic-type moves. It also uses the psychic capabilities of this armor to control the fire energy within its body and unleash attacks.

Ceruledge
Ceruledge dons an old set of armor steeped in grudges and wields blades made of fire and ghost energy. In battle, these blades transform into great swords to increase Ceruledge’s power. Cuts from these great swords leave wounds from which life energy will flow.

The final revealed Pokémon Klawf can be encountered in both Pokémon Scarlet and Pokémon Violet.

Klawf
Klawf can rotate their protruding eyeballs to see everything around them, eliminating all their blind spots. They can latch upside down onto cliffs to ambush their prey from above, however, they eventually get dizzy from the blood rushing to their heads, so they cannot stay upside down for very long.