One of the greatest urban legends (or maybe just legends?) in video game history is that of the arcade game Polybius. Accounts tell the story of an ultra-rare cabinet finding its way into a small Oregonian arcade in 1981, men dressed in black appearing to retrieve data from the machine, and players who ended up becoming addicted, sick, hallucinating, and worse. And then, one day, the game is said to have disappeared as mysteriously as it had appeared. No official record of the game’s existence can be located anywhere, and anonymous internet accounts have told the story as the government’s testing on, and brainwashing of, unsuspecting civilians.

The tale, as fantastical as it seems, has its roots in truth – in 1981 in Oregon, on the same day, two children fell ill after playing games in the same arcade – 12 year old Brian Mauro, after 28 straight hours of Asteroids, and Michael Lopez, who collapsed in a neighbor’s lawn after developing a migraine while playing Tempest. Separately, the government did practice mind-control testing, through the use of drugging people without their knowledge, sensory deprivation, verbal and sexual abuse, and potentially aerosol distribution of certain drugs, in an attempt to manipulate people’s mental states and alter the ways in which brains function. This project was named MK-ULTRA, and took place from in the 1950s and 1960s, although similar testing took place outside of the program between 1940 and 1974. There were deaths, government cover-ups, destroyed documentation – all of the necessary components for the start of a brilliant urban legend. 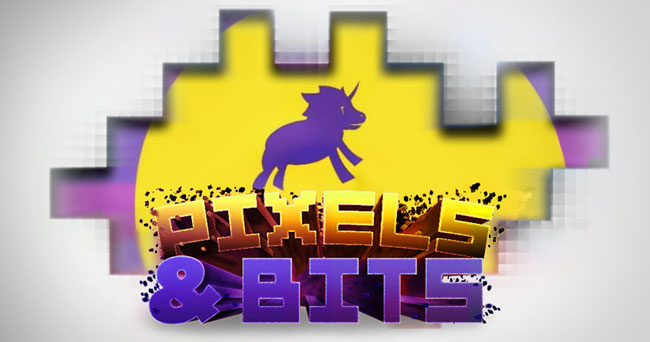 The tale of Polybius appears to be a combination of many different, very real occurrences. If such a game did exist, it is unlikely we will ever receive confirmation. However, it is also the first thing I thought of when I played Pony Island. To be clear, if you intend to play Pony Island, I recommend not reading this article. In fact, I recommend not reading any article, or review, about the game. Going in blind is the best way to go in, because any discussion at all about the game is a spoiler. I’m not kidding – don’t even watch the trailers.

I’m thankful that I was not tasked with the mission of assigning a score to Pony Island. I have never had an experience with a video game quite like this, and struggle to come up with a game of confirmed existence to draw comparison to. Grading mechanics and narrative are simple, but determining a 1-10 score for an entirely unique experience is something I hope I never have to do. Trying to describe the game at all has proven to be one of the most difficult challenges I have faced in this line of work.

Pony Island demands your attention from the moment you launch it. The first screen greets you with colorful, child-like imagery of frolicking ponies, but selecting “new game” takes you to an ominous, dull grey and black title that manages to invoke a faint feeling of dread using typical mechanics merged with aesthetically displeasing visuals, and that faint, eerie hum…

Within Pony Island are two games – the one you play on your computer, and the one you play within the game you’re playing on your computer. The latter, for lack of a better description, is a side-scrolling jumping pony simulator that serves as only as a small part of the overall Pony Island experience. The full game of Pony Island is your experience playing the in-game Pony Island. It is broken from the start, forcing you to repair the game through a series of logic puzzles. It always appears that, with your tinkering, you are angering someone you cannot see. As you complete puzzles, the game appears to change, on its own, before your eyes. The text indicates that someone, somewhere, is speaking to you directly. It’s a brilliant example of enjoyable discomfort, much like using a ouija board with friends who promise they didn’t move the marker.

While you start by attempting to fix the machine, you quickly find yourself going into the game’s code in order to find ways to intentionally break it. Yes, there is someone moving that marker, and it isn’t one of your friends. In order to save your soul – and possibly even the souls of others – you have to break the game, playing through the constantly changing, legitimately freaky pony running simulator, in order to do it.

Pony Island may be the closest any of us come to experiencing what was portrayed as the experience of Polybius, and I for one am thrilled that this game exists. It was inexplicably immersive, and throughout my time with the game I was constantly asking myself why I couldn’t walk away from it. Pony Island is psychological horror done so incredibly right. Now, if you’ll excuse me, I’m going to go wait for the men in black to show up for my data/soul.