The President’s broadband initiatives will be a key topic during his forthcoming State of the Union address.

After making his stance on net neutrality crystal clear, President Obama is tackling the challenge of broadband Internet access in the United States. Not only does POTUS want it cheaper, but he wants it faster, and seemingly with less state-level red tape.

In a plan that will be laid out in detail tomorrow at a state of the Union preview rally, the President will focus on several key points (also laid out on the White House website) for accomplishing his plan for cheaper Internet tubes. Along with calling for an end to state-specific laws that might hinder broadband competition, the President will start aggressively advocating for “local choice in broadband,” like the municipal broadband networks found in Chattanooga, Tennessee.

To further the local broadband movement, President Obama will host a Community Broadband Summit this Summer, where “mayors and county commissioners from around the nation who are joining this movement for broadband solutions and economic revitalization.” 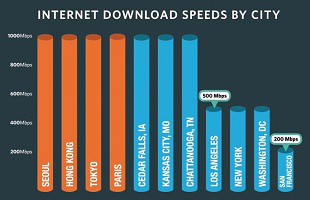 Along with bolstering existing local broadband networks, a new BroadbandUSA initiative will offer tech support to communities rolling out such services, host workshops, and offer support in “infrastructure planning, financing, construction, and operations across many types of business models. Along with the outlined support, the Department of Agriculture will be rebooting its broadband loan program, which helps rural carriers with financing.

Lastly, President Obama is calling for the feds to do some red tape-trimming of their own, specifically “to remove all unnecessary regulatory and policy barriers to broadband build-out and competition…” Part of his proposal on the federal level will also see the creation of a Broadband Opportunity Council, which will bring several government agencies together “with the singular goal of speeding up broadband deployment and promoting adoptions for our citizens.” The BOC will also take public comment on certain moves, similar to the FCC.

The best way to sum this up? The President wants more federal money in broadband rollout, and wants less restrictions on competition, especially competition formed by local government entities. Are you buying? Or selling? Let us know on the forums.