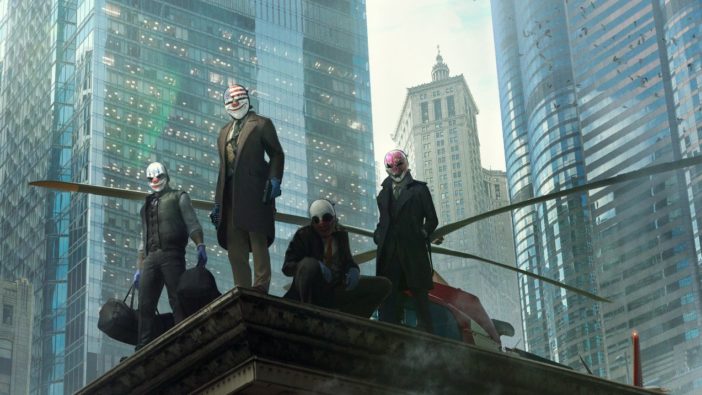 Prime Matter is a new publishing label under Koch Media, and it’s already got some exciting projects lined up. Payday 3 is likely the biggest headline-grabber of the bunch, after Koch signed a deal with Starbreeze to co-publish the co-op shooter earlier this year, but Prime Matter is also bringing Painkiller 3 and numerous other titles.

Old-school shooter fans may be most interested in the new Painkiller. Unfortunately, no concrete details of that project are currently available — not even a developer. That series launched back in 2004 and set the benchmark for Outriders studio People Can Fly’s no-frills gunplay. The second game, Painkiller: Hell & Damnation, came in 2012, helmed by The Farm 51, which is currently wrapping development on the horror-themed survival game Chernobylite.

Dolmen is another intriguing prospect from Prime Matter. It’s a third-person sci-fi ARPG with Lovecraftian overtones, which had a successful, though modest, Kickstarter campaign a few years ago. That one is slated to launch next year across PC and current PlayStation and Xbox consoles.

There’s something of a focus on dark games across Prime Matter’s slate, perhaps aside from Payday 3. Scars Above is a sci-fi adventure where you’ll strive to survive on a hostile world. The Chant is an action horror game where you’ll explore a cult. Codename Final Form casts you as a sentient spaceship trying to stop a plague in a slick FPS.

Echoes of the End and The Last Oricru stand out for their medieval aesthetics (the former infused with fantasy and the latter sci-fi), though precious few details are available for either.

Rounding out the collection of new titles is CrossFire: Legion, an RTS spin-off of the world’s most widely played game; Gungrave G.O.R.E, a fast-paced third-person shooter; and Encased, an isometric RPG that’s been in early access for almost two years. Several of these games will be showcased via Summer Games Fest over the next few days.

Prime Matter will also be the home of the next-gen version of Outward, the console release of Mount & Blade II: Bannerlords, and King’s Bounty 2, among others.