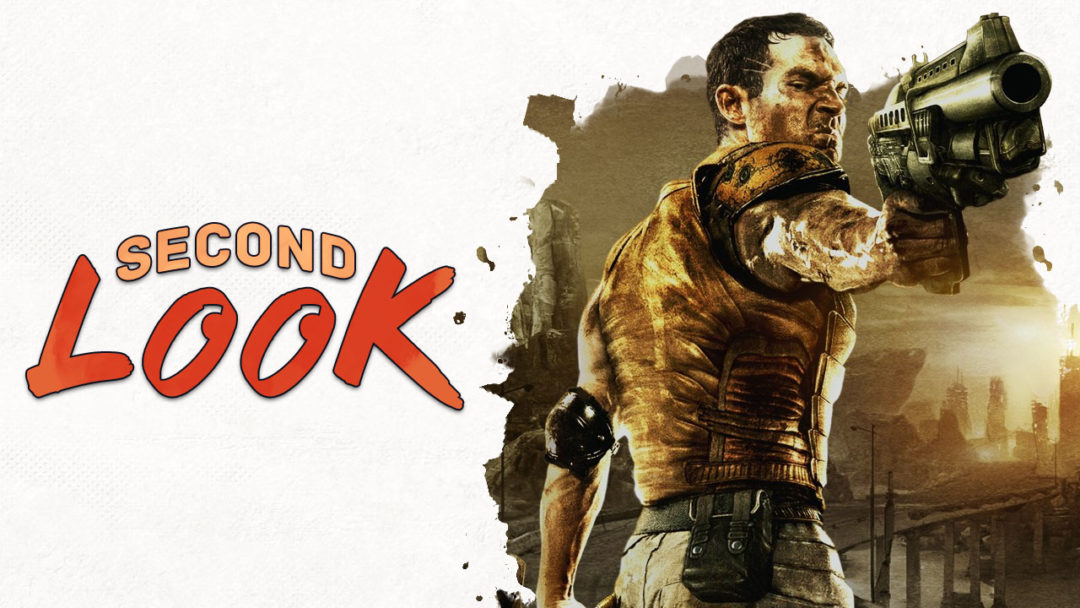 Rage is the one game in id Software’s library that never really clicked with audiences. It’s an open-world, gray-brown, post-apocalyptic sandbox. You’re a generic survivor, chosen before the apocalypse to be cryogenically stored until the time is right to rebuild humanity. That is — until you awaken to find bandits, mutants, and a domineering faction known as the Authority holding humanity back from restoring civilization. So of course, you grab the nearest gun and take the fight to all three groups. Along the way you pick up loot, craft some gadgets, and take odd jobs from a colorful cast of characters.

When it launched, Rage was harshly compared with Fallout 3 and Borderlands, to the point many couldn’t understand why Bethesda and id had gone to all the effort. Many praised its gunplay and reactive animation systems, but it was otherwise regarded as “generic.” In hindsight though, Rage is one of the most refreshing open-world experiences.

Most modern open-world titles offer 80+-hour-long experiences that boast thousands of things to achieve. Meanwhile, Rage has a total of 180 little goals to achieve; it tells you this right on your progress tracker. Even the most thorough players will, at most, spend a little over 20 hours with Rage, and not a second more. Every minute is carefully considered. Each encounter is made to feel distinct and memorable. Rage has the handcrafted appreciation normally only seen in indie titles, and it’s stunning to this day.

Rage is much more a western cinema tribute than a pure shoot ’em up, with isolated settlements, highway bandits, and small town folk who all have something to say. It’s a world that ebbs and flows between extreme highs and lows, and id Software capitalizes on this. It takes under a minute to get almost anywhere. Combat encounters rarely take long either, rewarding quick reflexes and smart planning in equal measure. You meet characters, learn their personalities, get fully stocked with gear, and are in the first of two major hub areas in under an hour. No joke, character, or location outstays its welcome.

This isn’t to say Rage doesn’t value good world-building – it’s simply set to its own tempo. It’s the sort of timely novelty you typically experience in a more linear game, but the open world enhances that novelty. You’ll go from sweeping through a city’s sewers to investigating the local bandit hideout for supplies in a snap. You’re not just visiting the Ghosts’ dilapidated hotel hideaway; you’re peeling back another layer to their twisted society, and maybe finding a new, valuable upgrade. Completing that next race promises new equipment and a chance to learn more about Mel the race announcer.

That’s the thing – the characters in Rage, despite all participating fairly briefly in the grand narrative, are so distinctly memorable. While a typical western rests the majority of interest on its hero or heroine, Rage makes you silent so everyone else can be fascinating. Star talent like John Goodman, Keone Young, and Claudia Black don’t simply act, but embody your fellow salt-of-the-earth survivors in their day-to-day lives. They’re eccentric shop owners, mingling settlers, an enthusiastic TV show host, and card sharks. The world of Rage breathes around you, and you have a say in how much you want to drink it in. 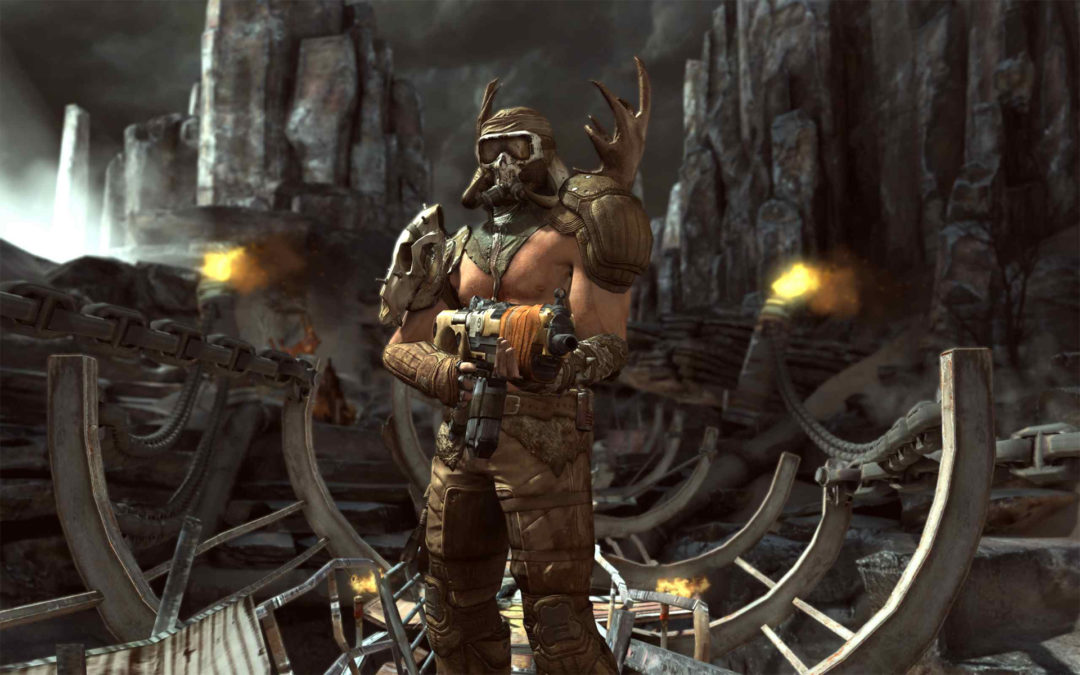 As a microcosm of traditional open-world gameplay, wrapped up in a world brimming with personality, Rage ensures that whatever you do is unique and interesting. You see immediate results, with the handful of settlements you visit offering more opportunities for the developers to sneak in nods regarding your actions. Everything is laser-focused on your personal Mad Max adventure, letting you get right to the best content and rewarding you with downtime just as enjoyable. You never feel overwhelmed by content, nor does any section graft itself on just to make your purchase more “worthwhile,” quality be damned.

It’s for this reason that I was drawn back to Rage. Its sort-of-sequel/sort-of-reboot Rage 2 threw out all this design philosophy for a giant wasteland full of things to do, and it’s already started to fade from public awareness. Its first expansion dropped less than six months ago, but you’d be hard pressed to find anyone noticing. It’s not that a bigger game is necessarily bad, but in trying to meet the criticisms of its predecessor, Rage 2 actually copied different problems from the sandbox genre. It makes Rage’s open-world pacing all that more meaningful. Games have to become brave enough to not overstay their welcome for the sake of dollar-per-hour value over quality. We don’t need checklists; we need meaningful worlds, and Rage’s is one worth revisiting.