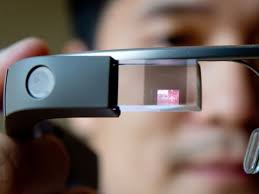 Samsung is reportedly set to unveil its “Galaxy Glass” eyeware at this year’s IFA trade show in Berlin.

With Microsoft reportedly working on prototypes for internet-enabled glasses just in case Google Glass takes off, it seems Samsung will officially enter with its own contender before the year’s up. According to a report from the Korea Times, unnamed Samsung officials have pegged the device as “Galaxy Glass,” with the goal of launching the eyeware at this year’s IFA fair set in Berlin this coming September at the earliest.

According to the Korea Intellectual Property Office, Samsung has already registered a patent for the device in the country and just like Google Glass, the eyeware will link a smartphone to display alerts, messages and other data on a transparent or translucent lens. “The new smart glass to be introduced by Samsung is a new concept of wearable device that can lead to an exciting culture of communication. The smart glass will present our aim to lead the new market with proven capability. Wearable devices can’t generate profits immediately. Steady releases of devices are showing our firm commitment as a leader in new markets,” states the unnamed Samsung official.

If true, this won’t really come as a surprise, since a device like Google Glass would fit snugly between Samsung’s portfolio of smartphones, tablets, TVs and other electronic devices. Also, don’t forget that Samsung has veered into wearable computing tech with its Galaxy Gear smartwatch which was unveiled at least year’s IFA event.

Source: Korea Times via The Verge