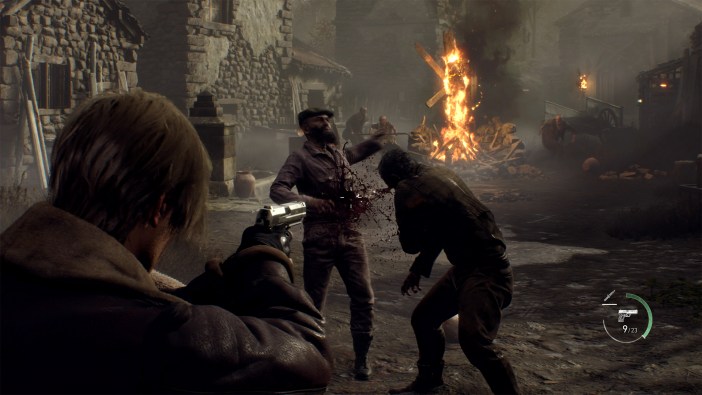 Resident Evil 4 producer Yoshiaki Hirabayashi gave gamers an in-depth look at its gameplay in the trailer and related new footage. It showcased much of the opening. There is a brand new section where Leon explores a house while dealing with the Ganados. They looked particularly gruesome, with one having his head bent at a horrifying angle. Leon also hid from the scary monsters using a crouching move, something he did not have in the original title.

Capcom further gave players a glimpse at the infamous scene where you are outflanked by many Ganados. Leon now has the ability to parry enemy attacks and deliver finishing blows with his knife. It looks amazing, like when he parried a chainsaw with his knife.

There were other things shown off, like the infamous merchant and a good look at the new models for Ada, Ashley, Salazar, and Luis. 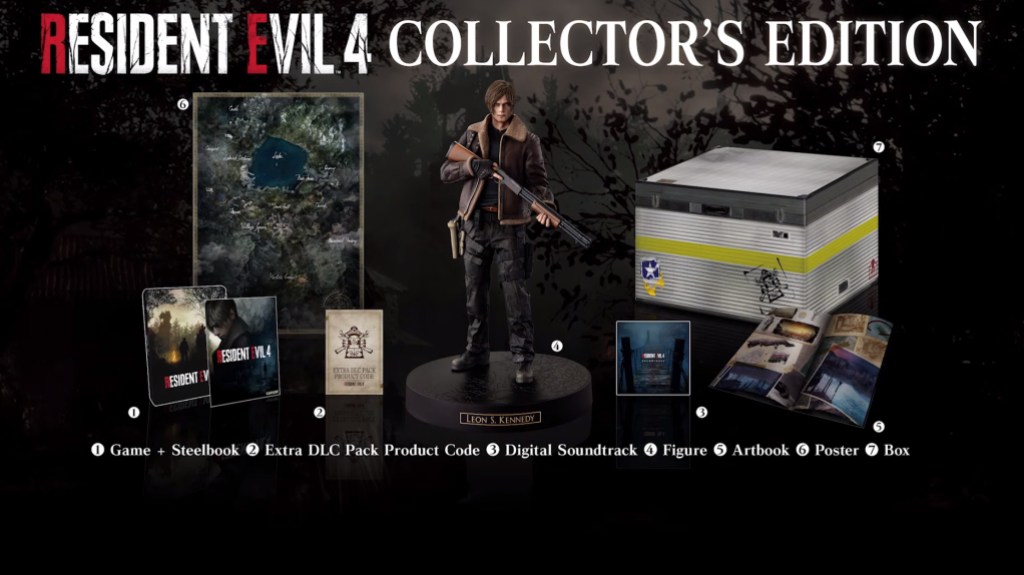 If that wasn’t enough, Capcom also announced that preorders for Resident Evil 4 are open starting today. There are special editions for those with the cash to burn. The “Deluxe Edition” includes additional in-game content, including costumes, weapons, a treasure map, and more. Meanwhile, the physical box-only Resident Evil 4 “Collector’s Edition” features everything from the Deluxe Edition, as well as a Leon figure, physical map, art book, and more. Players who preorder the standard edition will receive in-game rewards, including the “Attaché Case: Gold” and “Special Charm: Handgun Ammo,” while preorders of the Deluxe or Collector’s Editions also include the “Attaché Case: Classic” and “Special Charm: Green Herb” items. These customization items offer specific in-game abilities when equipped. 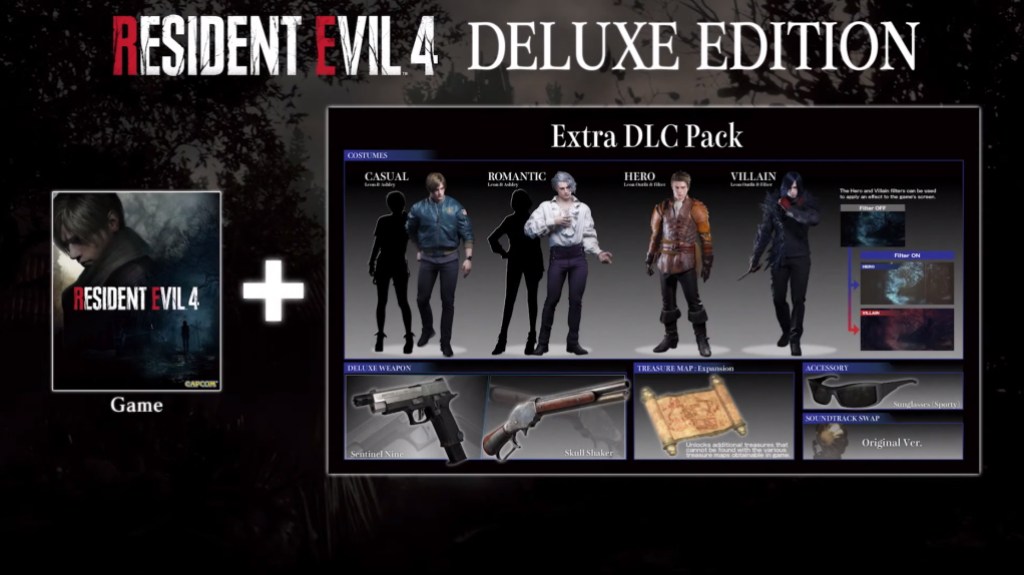