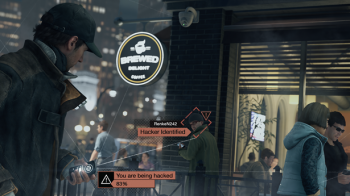 The PC edition of Watch Dogs might utilize Steam features/DRM in addition to Uplay.

You can’t blame publishers like Ubisoft for pushing their own PC distribution and DRM systems, rather than using Steam and sharing their profits with Valve. Still, with more than 65 million users, Steam is a tempting market – one that Ubisoft may be dipping into with the launch of Watch Dogs this May. Redditor whiterider1 noticed that GAME’s pre-order page lists Steam among the PC requirements for Watch Dogs, suggesting that the PC version will be integrated with Steamworks.

Under its terms and conditions, GAME states that “You will need access to Xbox LIVE (Xbox 360 and Xbox One Customers), PlayStation Network (PlayStation 3 and PlayStation 4 Customers), STEAM (PC), Nintendo eShop (Wii U).” This is the first we’ve heard of Watch Dogs coming to Steam, so it’s a definite possibility that GAME copied and pasted the wrong text. Then again, Ubisoft recently released Assassin’s Creed IV: Black Flag and South Park: The Stick of Truth, both of which came to Steam. And even if the publisher does take the Steamworks approach, that’s no guarantee that there won’t be a second layer of DRM in the form of Ubisoft’s own Uplay system, as was the case with Far Cry 3.

We’ve reached out to Ubisoft regarding this new information.