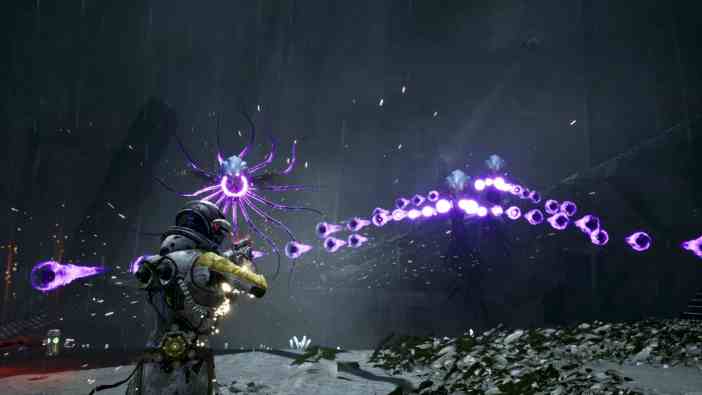 Housemarque Games has published a new developer interview video that shows off some gameplay from Returnal, its upcoming PlayStation 5 exclusive. The studio, which is perhaps best known for its arcade-like experiences like Resogun and Matterfall, debuted the footage as part of the newest entry in its HouseCast interview series. In the video, game director Harry Krueger talks about Housemarque’s thought process when approaching its latest title, but there are several glimpses at gameplay tucked into the chat as well.

The Returnal gameplay footage below seems to stay true to Housemarque’s promise of crisp visuals, explosive combat, and addictive gameplay, but there is a bit more here, too. For instance, Krueger talks about how the studio is taking advantage of the PlayStation 5 DualSense controller’s adaptive triggers, as well as what it was like to translate their knowledge of 2D gaming and bullet hell design into a more three-dimensional experience.

Returnal was shown off for the first time in June of last year, coming in as a AAA sci-fi roguelike. The Resogun developer later debuted a gameplay trailer late last year that showcased even more of what fans can expect.

Returnal will join a shortlist of titles exclusive to Sony’s PlayStation 5 when the game launches on March 19.