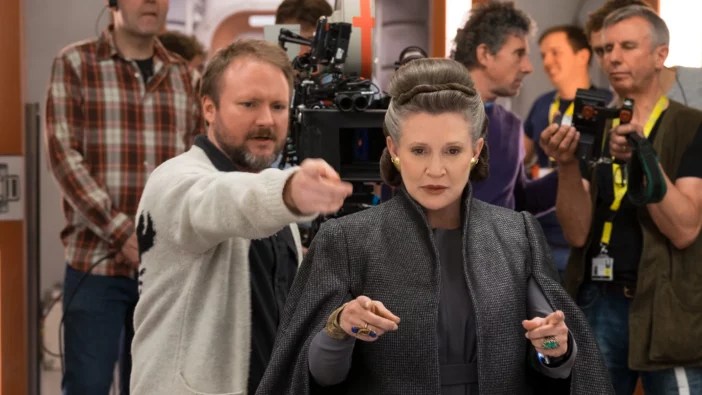 The best thing to happen to Star Wars movies since lightsabers doesn’t seem to be happening anymore. Rian Johnson, who directed Star Wars: The Last Jedi, is not actively working on the Star Wars trilogy that Lucasfilm had tapped him to produce after he finished The Last Jedi. Speaking with Lucasfilm president Kathleen Kennedy, Variety discovered that the Rian Johnson Star Wars trilogy had been put on the backburner, with Johnson’s work on the upcoming Knives Out sequel keeping him too busy.

“Rian has been unbelievably busy with Knives Out and the deal that he made at Netflix for multiple movies,” Kennedy said when queried about the trilogy, which Variety calls “Back-burnered.”

Knives Out might be a convenient excuse, but it may not be the actual reason. After the fan turmoil that The Last Jedi caused and then the absolute shit show that was Star Wars: The Rise of Skywalker, the Star Wars films went on hiatus, their place soon to be taken by TV shows on Disney+. Lucasfilm needed to regroup and have an actual vision. That left the proposed Rian Johnson Star Wars trilogy sitting in limbo for an extended period of time, and there they apparently sat as Jon Favreau basically became the head of all things Star Wars at the studio and the films took a backseat to his multi-show vision Disney+. Johnson’s trilogy was reportedly its own story outside of the Skywalker saga, but Kennedy makes it clear now that the studio has a “road map” and big film trilogies are not really part of it.

“I hesitate to use the word trilogies anymore because Star Wars is much more about persistent storytelling,” Kennedy said.

That persistent storytelling couldn’t be more clear given what The Book of Boba Fett ended up looking like. That series turned out to basically be another season of The Mandalorian, and it seems like the film plans will be wrapping into that idea. The only movies even remotely on the horizon are the untitled Taika Waititi film and Patty Jenkin’s Rogue Squadron, the latter of which was already delayed and makes the Waititi film likely to come first. Clearly whatever films we’ll be seeing in cinemas will be a far cry from what we got before, and chances are they won’t involve Rian Johnson.