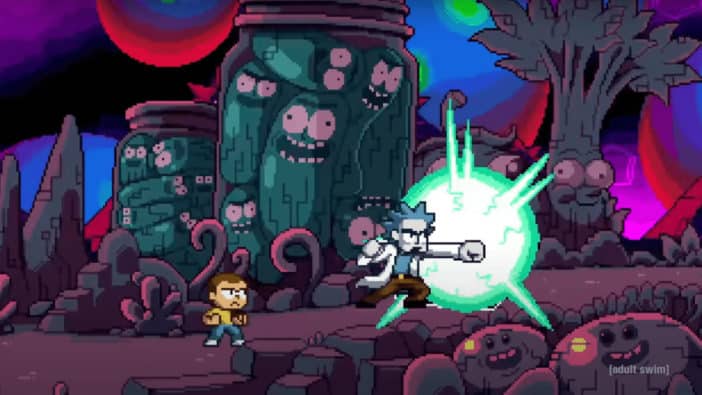 Rick and Morty is coming back after a long break, and Adult Swim has delivered trailer #2 for highly anticipated season 5. After the first teaser basically told us nothing about the plot in favor of a bunch of jokes, the second trailer does the exact same thing. Would you want it any other way? Also, “Rick and Morty in the Eternal Nightmare Machine,” a not(?)-video game, is a thing.

We’d usually offer up some takeaways about what is happening in the Rick and Morty trailer, but it’s nearly impossible to tell what’s going on here with season 5. It all looks pretty much in line with what fans have come to expect from Rick and Morty, though there seems to be a lot more family time involved in the adventures this time. Obviously, one big way that occurs is with a Voltron parody going on, but there also seems to be some laser whip use, an adventure where everyone is dressed up all fancy, and plenty of opportunities for Rick to be a total asshole to Morty.

This wasn’t the only video that was dropped, however. A 17-minute-long piece of pixel art was also released. Titled “Rick and Morty in the Eternal Nightmare Machine,” the piece was created by well-known pixel artist Paul Robertson and sure as hell looks like a tease for a video game based on the show. Rick and Morty kick, punch, and attack their way through a series of levels and boss battles that feature plenty of characters from the series. The video’s description only says, “The simulation is corrupt – repair the core.” It’s hard to tell exactly what this is. It’s both exactly the kind of thing Adult Swim would do just to do and also could be an actual hint that we’re finally getting a full-fledged, non-VR Rick and Morty video game. Judging from this video, it would be fun too.