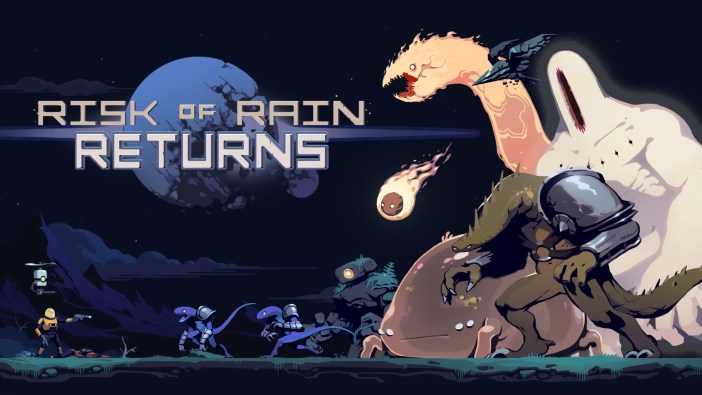 Hopoo Games and Gearbox Publishing are creating Risk of Rain Returns, a remaster of the original indie roguelike for PC and Nintendo Switch that brings on loads of items and a new coat of paint. This surprise reimagining was announced during Nintendo’s In the House of Indies: Holiday Event today. It’ll largely offer the same experience as the original 2013 release while adding more than enough content for newcomers and veterans to enjoy, including additional Survivors, fascinating new loot combinations, and even overhauled multiplayer. Risk of Rain Returns is due out sometime in 2023, and until then, Hopoo and Gearbox have given fans a nicely animated reveal trailer to watch. You can see it in all its glory below.

Hopoo shared more about its remaster and showed off some gameplay in a separate Dev Thoughts video published on its YouTube channel. It looks like everything sports an art style that falls more in line with what players saw with Risk of Rain 2. Speaking of which, Risk of Rain Returns will bring in some unspecified content from Risk of Rain 2. The remaster also adds new music, gameplay tweaks, additional Survivor abilities, new enemies, a new game mode, and much more. The original Risk of Rain can feel a bit rough around the edges these days, so it’s nice to see it finally get some love that brings it to a modern audience. Check out some of the upgrades coming below.

Risk of Rain fans will remember that Hopoo actually sold the Risk of Rain IP to Gearbox just a few weeks ago. Hopoo added today that Risk of Rain Returns will indeed be the final game it develops in the series, leaving Gearbox to both develop and publish all future entries. While the future of the action roguelike is a bit murky, it’s nice to see that the original team gets one last crack at the IP before handing it off to someone else.