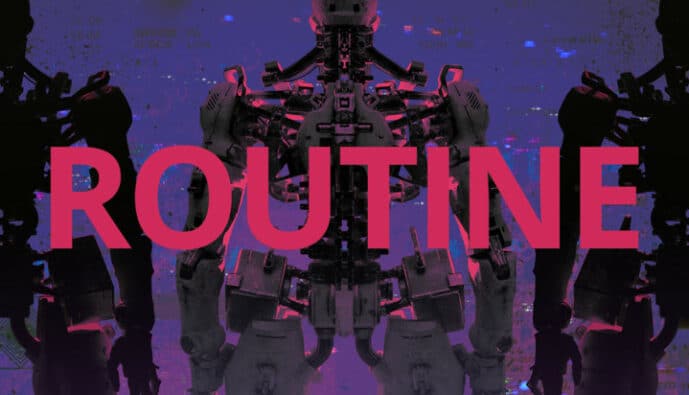 Routine is a tense first-person sci-fi horror game that was announced nearly 10 years ago — and now it’s back. This sci-fi terror was re-revealed during Summer Game Fest 2022 with an atmospheric gameplay trailer, promising a gripping, original universe with audio composed by Doom soundtrack mastermind Mick Gordon. Developer Lunar Software and publisher Raw Fury are expecting to launch Routine on PC, Xbox One, Xbox Series X | S, and Xbox Game Pass, and you can get your latest look at it in the footage below.

Routine was announced in 2013, but it’s clear that it’s come a long way since then. Lunar Software says that it’s rebuilt the game from the ground up since its initial reveal. Players will use a Cosmonaut Assistance Tool (C.A.T.) to interact with the ‘80s future setting that surrounds them. With only the C.A.T. and limited UI to guide you, outwitting the nightmare robot creatures that shamble around the halls of the abandoned lunar base you’re stuck on will be the only way to survive.

Here is a snappy synopsis of what to expect from the game Routine: “Curious exploration turns into a need for survival when a lunar base goes completely quiet. Searching for answers puts you face to face with an enemy who is certain the main threat is you. Discoveries lead to deeper unknowns and the only way to go is forward.”

Routine currently has no release window, so stay tuned for more information.