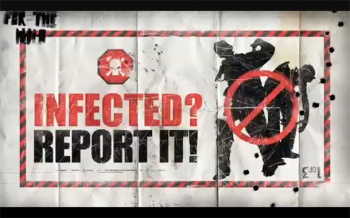 Could a new Resident Evil title be coming to the Spike TV Video Game Awards?

When Spike TV recently showed a teaser for its upcoming reveal of a new BioWare game, a hidden zombie-related image was discovered within it. The image was presumed to refer to a new Left 4 Dead title or something completely original, but a similarity to Resident Evil has brought speculation over to Capcom’s long-running zombie franchise instead.

Gamerzines noticed that the graphic used in Spike’s zombie teaser image is incredibly similar to the graphic used on an official piece of Resident Evil merchandise. A Resident Evil T-shirt’s zombies, seen below, are exactly the same as the ones used in the teaser, though one is facing the opposite direction. 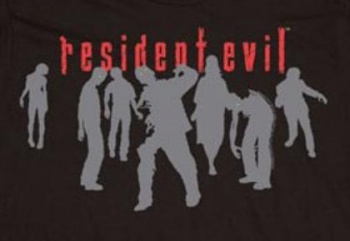 So does this mean that the Spike TV Video Game Awards coming up on December 11 are going to reveal something Resident Evil related, or is this just re-purposed zombie imagery? Only Capcom and Spike TV know for sure, but there are two possible projects that could be unveiled.

In September, Capcom said that news on Resident Evil 6 was coming soon. Rumors were also flying earlier this month about a Slant Six-developed Resident Evil multiplayer title. These two possibilities make it more likely that the image is a Resident Evil hint, but we won’t find out until the Video Game Awards air in two weeks.