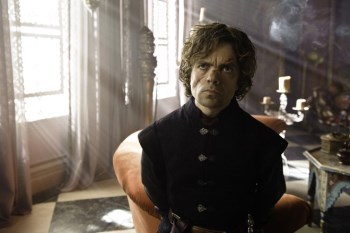 Indie adventure studio Telltale Games is reportedly working on a new game based on George R.R. Martin’s Game of Thrones.

Telltale Games, the studio behind The Walking Dead, The Wolf Among Us and many other titles, is reportedly working on a new project based on Game of Thrones. Multple sources have told IGN that development of the game is underway, although it’s unclear at this point whether it will be based on the hit television series, the novels in the Song of Ice and Fire series, or something new set in Martin’s dark fantasy world.

Steve Allison, Telltale’s senior vice president of publishing, declined to comment on the rumor, telling IGN, “We get these sorts of rumors about what we could be working on next cropping up all the time. Officially we have no comment.”

Unofficially, however, it does seem to be a good fit for the studio. Telltale is known for making adventures based on licensed properties and it’s had particular success with The Walking Dead, an episodic adventure series released in 2012. Despite the popularity of the television series, Telltale’s Walking Dead is based on Robert Kirkman’s comic series but uses primarily original characters.