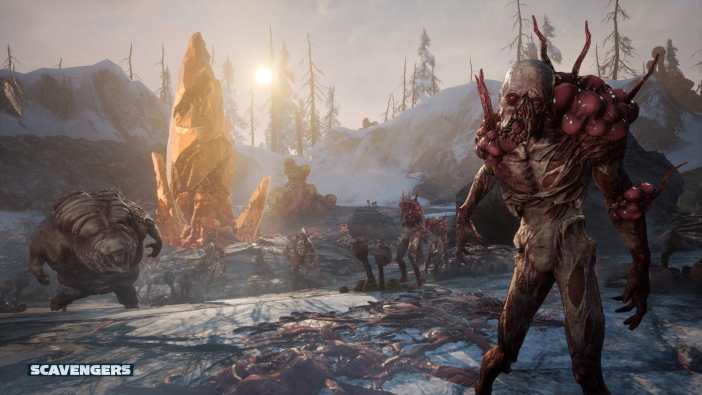 Scavengers is launching into its early access period next week, with the free-to-play PvEvP shooter’s release date set for Wednesday, April 28. If you’re an interested player without a Steam key and you’ve not participated in the game’s previous playtests, developer Midwinter Entertainment encourages you to register on its website for immediate launch access. Keep in mind, though, that registration will close on April 26 at 8 a.m. PT / 11 a.m. ET, so you have until then to register.

To help onboard and jump-start our Twitch community, new players will be able to access Early Access by watching Twitch streams and getting a Twitch Drop.

More details to come soon. We’re very excited to share the next steps of #ScavengersGame with you!

Scavengers was revealed in 2018 as a sci-fi “co-opetition” shooter from former Halo and Battlefield developers. In the game, players group in squads of three in a hostile frozen wasteland, where they must engage in sandbox gameplay to defeat opponents in PvE and PvP-style combat. Midwinter showed off a Scavengers gameplay trailer last September that gave us a better look at how the environment can impact your chances of survival.

The Escapist’s Elijah Beahm gave us his Scavengers impressions late last year, saying he felt Midwinter’s strategy shooter is, well, “fine.” He further said that “Scavengers has all the right bones to build a great game” but lacked “a clear hook” to keep players coming back for more.

For more on Scavengers ahead of its early access release date, check out our 2019 interview with Daryl Anselmo, the art and UX director at Midwinter, where he talks about some of the game’s background and what players can expect in the future.