Eat a Leaf, Get Night Vision

The night-vision goggles from the Call of Duty: Modern Warfare 2 Prestige Edition were a decent start, but wearing those bulky frames in public may draw more than a couple of stares. So, what is a person to do if he or she wants to see in the dark and isn’t an owl? Buy eyedrops.

Back in the early 90s, while the rest of the world was listening to grunge rock and purchasing flannel shirts in bulk, marine biologist Ron Douglas was making a Scientific Discovery™. A species of dragonfish (No, not this kind, this kind. Scary, I know.) is one of the few deep-sea fishes that can perceive and glow red light. The red wavelength does not travel very well through water, and thus deep-sea predators and prey are likely to only be sensitive to blue light. The ability to transmit and detect red light is advantageous, allowing the dragonfish to deter predators or detect prey without giving away its location. Even more peculiar, the dragonfish uses a common chemical to detect red light: chlorophyll.

Chlorophyll is more commonly known as the molecule that “makes plants green.” So, what’s it doing slumming around with the color red, parading around the town like a two-bit strumpet? Well, red light absorbed by chlorophyll molecules provides some of the energy necessary for a plant to begin photosynthesis. In other words, chlorophyll is especially good at catching and containing red light – it’s a red light corral, if you will (Not to be confused with the Red Light District).

Ilyas Washington, a scientist at Columbia University, has performed experiments on mice and rabbits using Douglas’ dragonfish findings as a foundation. If dragonfish could use chlorophyll to enhance its vision, why can’t other animals? After all, the mechanisms of vision are mostly the same throughout the animal kingdom. He found that placing a derivative of chlorophyll into mice and rabbit eyes allowed them to double their night vision.

This phenomenon works by allowing your cone cells to see color in dim light. In the nighttime, cone cells are rendered nearly useless, but chlorophyll drops could increase the eye’s ability to detect red light, thus upping your Night Vision stat by 5.

The drops aren’t out in the market yet, and likely won’t be for quite some time, so until then, use your Modern Warfare goggles at your own discretion. 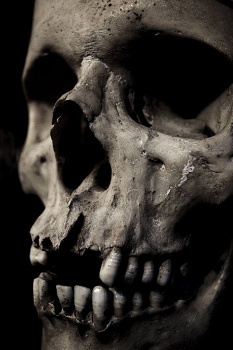 Meet Kuo Chang-hsi. Chang-hsi is your typical 65 year old Taiwanese blacksmith. His hobbies include shuffleboard, long walks on the beach, and fashioning swords out of the dessicated human bones of his clients’ deceased loved ones.

According to lore, “In Ancient China, a good sword was made by ‘throwing a man into a furnace.’…If one wants to make a good sword, one needs human bones.” Not being able to find human bones at the local grocery store, Kuo did not originally use them when he made his first swords. Apparently, this did not appease the belligerent Sword Gods, and his creation did not come out resembling the Kanjiang sword he had been trying to make.

Remembering the old adage, Kuo contacted a friend who happened to be collecting bones and used them during the creation of his next sword. It is believed that when placed into the kiln, the spirit is released from human bones, and then fuses with the iron and steel as it melts. When a sword is forged over the bones, it becomes imbued with “spirit.”

Kuo states that “Before the human bone is burnt, it contains phosphorus. If it is burnt, the phosphorus will be mixed into the metal… It helps to melt the metal and creates the pure iron that we can further hammer.” Lore also claims that this process removes impurities from the iron and steel mixture. The scientific explanation ends there – whether there’s something in the phosphorus that causes the sword to be more viable or stronger, we don’t know. What we do know, however, is that those swords are haunted by the spirits of dead people.

Kuo receives bones from cemetery relocations or from relatives who wish to have their recently deceased loved ones commemorated in sword-form. Urns are just so last year. Kuo relays the story of one commissioned sword he wished he hadn’t parted with: The sword was an elaborate replica of an ancient Japanese weapon made for a collector. He exchanged it for a new Mercedes-Benz, only to find that the sword was later sold for $200,000; five times the cost of the Benz.

Kuo is one of the last known practitioners of his craft. He creates replicas of ancient Chinese and Japanese swords. He’s also responsible for the creation of the yard long Green Destiny Sword from Crouching Tiger, Hidden Dragon. I wonder whether he can make a Frostmourne? 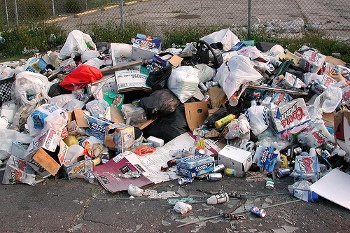 The rumor of a gigantic heap of trash floating in the middle of the ocean is one we’ve all likely heard before. Most of the time, this canard is answered with “Pshhh, yeah right” and an exaggerated roll of the eyes. However, now there is photographic proof of this Texas-sized monstrosity, and it’s growing ever larger.

Nearly 200 billion pounds of plastic is produced each year, and it’s estimated that at least 10 percent ends up in the ocean. 70 percent of it sinks, but the floating bits are harnessed by gyres.

Students and researchers from Scripps Institution of Oceanography paid a visit to the garbage dump residing in the ocean between California and Hawaii. Sea-garbage accumulates here because of the North Pacific gyre, a slow moving clockwise current. And this isn’t the only garbage patch, nor is it the biggest. There’s another sizable patch floating off the coast of South America.

Each cruise through the 1700 mile field yielded a bevy of debris, including a stuffed dog that the research crew named Lucky and deemed the unofficial mascot of the trip. The crew performed 100 net trawls and came up with debris every single time, and that’s just from surface trawling. It is likely that there is even more debris settled at the bottom of the ocean.

The researchers hope to learn the impact this is having on the surrounding environs. During their research trip, they captured several animal inhabitants of the garbage patch, ranging from fish to crabs to squid. In an area where plastic outweighs plankton six to one, plastic pollution becomes a real hazard. A discovery made earlier this year shows that plastic degrades in the ocean a lot faster than we had originally believed. This isn’t a good thing. During decomposition, deadly compounds are given off; including the carcinogenic styrene monomer and Bisphenol A, which is known to mess with reproductive systems.

I just thought of something. If 70 percent of all floating plastic eventually sinks, and the remaining floating bits are the size of Texas: How frickin’ big are the ocean-bottom garbage patches? 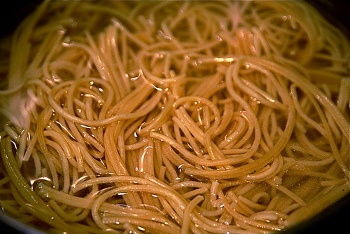 There Can Never Be Enough Black Holes

Despite there being evidence for the existence of tens of thousands of black holes in the universe, they’ve proven difficult for scientists to study, being nearly invisible, as well as the tiny issue of being spaghettified if you get too close.

Remember the controversy surrounding CERN and the possibility that it could create an infinitesimal black hole that would grow larger and larger, eventually consuming the Earth? If you don’t remember, here’s a quick breakdown:

CERN is a gigantic facility built on the Franco-Swiss border near Geneva that hosts a Large Hadron Collider, a machine that basically throws tiny particles at each other at incredibly high speeds. When the particles collide, there’s just the tiniest chance that a black hole could be created. The conversation between us and the researchers at CERN went thusly:

PETTY HUMANS: BLACK HOLES ARE BAD AND MAYBE WE SHOULDN’T BRING ABOUT THE APOCALYPSE IN THE NAME OF SCIENCE.

CERN: NO WAI! YOU GUYZ R DUM LOL THE BLACK HOLE WUD BE SO SMALL IT WUD COLLAPSE IN ON ITSELF MROW.

Well, apparently you can’t have too many black hole-creating machines.

Researchers at Dartmouth College are developing a new way of recreating black holes – albeit tinier, more controllable versions of them. Using microwave transmissions containing SQUIDs (Superconducting Quantum Interference Devices), the researchers can emulate the physics of a radiating black hole. Just to reiterate: An actual black hole is not being created, just an imitation of one.

They hope to study Stephen Hawking’s eponymous radiation theory, which states that despite the strong gravitational pull of black holes that typically consumes everything, sometimes photons can be emitted. The theory has been accepted in the scientific community, but has never been tested or verified on an actual black hole.

NPD: Gamers Rely on Word of Mouth Above All Else