Scientists have been searching for the elusive “god particle” – a particle believed to be responsible for all of the mass in the world. The LHC smashes subatomic particles together in hopes of creating the theoretical Higgs boson, which is thought to be the prime candidate for the god particle. But new theories have surfaced indicating that the “god particle” may not be just one particle, but five.

During an experiment dubbed “Dzero” at Fermilab in Batavia, Illinois, researchers found that collisions of protons and antiprotons were more likely to create matter, instead of anti-matter. The Standard Model, which is based on the existence of a single Higgs boson particle, can’t explain the results. The Standard model assumes a little bit of asymmetry in the creation of matter to antimatter, but the ratio of matter to antimatter in Dzero is too significant to be explained without the inclusion of additional Higgs bosons. The additional Higgs bosons would have different charges; three with a neutral charge, one with a negative charge, and the other with a positive electric charge.

“It’s a really small effect, but it’s still much bigger than if you turn all the cranks with all the original rules in the standard model,” Adam Martin, a theoretical physicist at Fermilab said. “The standard model with just the one Higgs particle is too minimal to explain the Dzero result.”

However, if they alter the standard model to account for five particles, the Fermilab results make sense.

Though he deemed the discovery “quite provocative,” Chris Quigg, another physicist at Fermilab stressed that the results were still preliminary.

“I know of nothing to make me explicitly doubt the result, but when something is so unexpected and yet so subtle it bears taking time and taking a deep breath. It’s important not to jump up and down too soon about this,” explain Quigg.

Further tests at the LHC are required in order to determine if there are multiple Higgs boson particles. 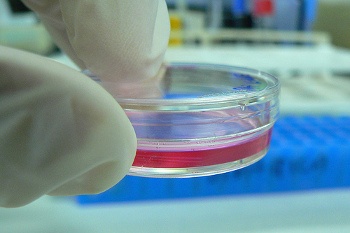 Stem cells have often been hailed as the next big breakthrough in medicine, but we tend to forget that it’s still an experimental treatment. A woman suffering from a debilitating kidney disease died after receiving stem cell treatment at a private clinic in Thailand. An autopsy showed that the treatment had almost certainly been responsible for her death.

The woman was suffering from lupus nephritis, a disease where the immune system starts to attack the kidneys. Once medication was no longer helping, she traveled to Bangkok in desperation, as other patients suffering from kidney disease had benefited from stem cell transplants before. The treatment entails a deliberate destruction of the immune system with a hefty cocktail of immunosuppressive drugs. Then, stem cells harvested from bone marrow are injected into the bloodstream with the hope that the stem cells will stop the attacks on the kidneys and restore the immune system.

However, the Thailand clinic did things a tad differently. Instead of injecting the stem cell’s into the patient’s blood stream, they were injected straight into the kidneys. This change meant that the immune system never stopped attacking the organs.

According to a paper published in the Journal of the American Society of Nephrology, the woman’s health steadily declined and she eventually died two years after the treatment. An autopsy shows that the treatment was not effective at all, and there were strange lumps and lesions on the kidney.

Lead researcher Dr. Duangpen Thirabanjasak from Chulalongkorn University stated, “This type of lesion has never been described before in patients, and we believe that this is either formed directly by the stem cells that were injected or that the stem cells causes these masses to form.” 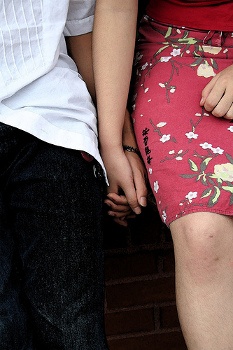 If you’re having trouble wooing a lady, a romantic tune might just do the trick. A new study has shown that women are more likely to give their number to an “average” male after listening to romantic background music.

French researchers Nicolas Guéguen and Céline Jacob tested the power of romantic lyrics on 18-20 year-old females and found that sweet songs do make a difference. Two songs were chosen for the experiment – a romantic one called “Je l’aime à mourir” and a neutral song called “L’heure du thé.” To begin the experiment, a group of women were asked to rate 12 male volunteers in terms of attractiveness, and the most “average” male was chosen from the group.

Then, 87 women were asked to spend time in a waiting room with background music playing before being asked to move into another room with a researcher and the “average” guy, thinking that she was participating in a food study. The researcher asked both the woman and the average Joe to talk about the food products on the table, and then left the room. The male gave the girl a standard pick-up line: “My name is Antoine, as you know, I think you are very nice and I was wondering if you would give me your phone number. I’ll phone you later and we can have a drink together somewhere next week.”

52 percent of the women who heard the romantic song while in the waiting room gave Antoine their number, as compared to 28 percent who had listened to a neutral song. 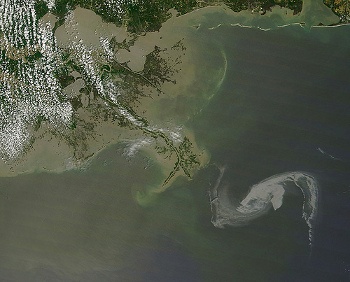 The Mississippi River could help protect Louisiana’s coast from the oil spill. By diverting some of the water from the Mississippi’s south branch, a current could be created that would be strong enough to act as a barrier.

Right now, a man-made water-flow system causes 70 percent of the water to flow down to the lower Mississippi and 30 percent to the Atchafalaya. This prevents the river’s course from eventually changing; if left to its own devices, the river would have eventually flown straight into New Orleans. The Atchafalaya empties into the Gulf, which is oil-free at the moment.

Paul Kemp, a National Audubon Society coastal scientist proposes to divert the water into a 80-20 scheme. The Mississippi would flow more robustly, though it won’t hold forever. The flow declines during the summer, and once it does, the oil will be able to travel into the river. Hopefully, the 80-20 system will give clean-up crews time to plan on how they will eventually handle the crisis.