We’ve heard of people changing their style to better fit in with the crowd, but swarming locusts not only change their color and body type, but their brains as well. Researcher Swidbert Ott and his team have found that a locust’s brain swells 30 percent larger than its original size when in swarming mode.

Locusts often live solitary lives, but when food is low they begin to swarm with others of their kind, going into a far-ranging and often cannibalistic feeding frenzy. When locusts swarm, individuals experience changes in color and body type, and its brain swells. The portions of the brain that handle vision and smell reduce in size and the regions that handled learning and complex information swelled.

”Their bigger and profoundly different brains may help swarming locusts to survive in the cut-throat environment of a locust swarm,” said Ott, from Cambridge University. ”Who gets to the food first wins, and if they don’t watch out, they themselves become food for other locusts.”

In previous studies, Ott located the hormone responsible to change a hermit locust into a gregarious socialite. Normally, locusts are solitary creatures, but in some situations, serotonin floods their brain and makes them join up with his buddies in a swarm. 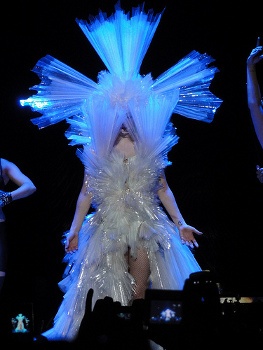 Is There an Earworm Stuck in your Head?

About 98 to 99 percent of the entire human population has had a song get “stuck” in their head at some point in their lives. Researchers call this an “earworm,” when a catchy tune keeps playing over and over, and we have little to no say over when it starts, what song it is, or even when it should end. Andréane McNally-Gagnon, a PhD student at the University of Montreal and a musician, wondered if musicians were more prone to earworms than non-musicians.

In the study, 18 musicians and 18 non-musicians were asked to hum and record any songs that frequently get stuck in their head, noting their emotional state both before and after humming the song, as well.

McNally-Gagnon found that musicians tend to get longer-lasting earworm infections than non-musicians. Further, musicians were able to hum the song more accurately, typically only one key off from the original recording, while non-musicians were often two or more keys off.

Both groups experienced earworm when they were happy and doing something non-intellectual, like walking or driving. “Perhaps the phenomenon occurs to prevent brooding or to change moods,” considered Sylvie Hébert, a professor working with McNally-Gagnon on the project.

Participants of the study were also asked to list 100 songs that were particularly prone to being earwormed. On the top of the list were songs such as “Poker Face,” by Lady Gaga; “We Will Rock You,” by Queen; “Wake Me Up Before You Go-Go,” by Wham; and the Inspector Gadget theme song. Which songs get stuck in your head? 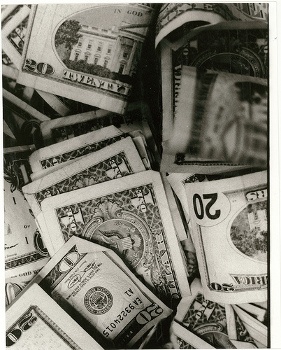 Will I Win the Lottery?

People preaching the power of self-motivation often advise listeners to envision themselves achieving their goals. However, a new study shows that it may be better to pose your goal in question form, instead of statement form. In other words, it’s better to say “Will I do this?” instead of saying “I will do this.”

“The popular idea is that self-affirmations enhance people’s ability to meet their goals,” University of Illinois professor Dolores Albarracin said. “It seems, however, that when it comes to performing a specific behavior, asking questions is a more promising way of achieving your objectives.” 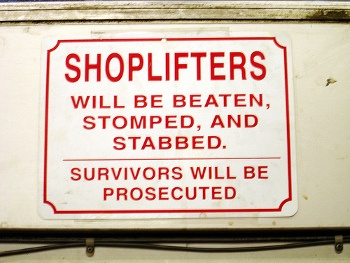 A study conducted by researchers at the University of Leicester show that shoplifters may have more than just sticky fingers in common: They are also unpleasant, antisocial, disorganized and unreliable.

Dr. Vincent Egan and postgraduate student David Taylor, show that a person’s personality may be an indicator of their tendency to shoplift. They asked 114 shoppers from ages 16 to 80 to complete a personality questionnaire that focused on consumer ethical beliefs, shoplifting attitudes and demographics. Analysis shows that those who were emotionally unstable, outgoing and lacking in agreeableness, intellect and conscientiousness were more accepting of the idea of shoplifting. Of those who completed the questionnaire, 68 had never shoplifted, 30 had shoplifted in the past, and 16 had shoplifted that year. Those who were still stealing items were younger than those who had never shoplifted or stopped shoplifting. Almost all of the active shoplifters were male.

“My results suggest dishonest consumer behavior is narrowly associated with how unpleasant and disorganized you are,” explains Dr. Egan. “Separate to this, people who commit fraudulent crimes associated with benefiting at the expense of the seller may simply be younger and more outgoing so they are carried away by the moment.”

Lauren Admire has an earworm in her head right now.