All animal species are able to communicate with each other, but the extent of their language is typically limited to “me hungry,” “le tired,” and “shit, run away, it’s a cheetah.” Their communication systems are very simple – they can’t create variations in syntax like humans can. For example, when we say “Don’t go over there, I heard there’s a tiger on the loose,” we’re demonstrating a possibility: There may or may not be a tiger in that general direction, but we’re still able to warn you of that possibility. In animal speak, that sentence would translate directly to “tiger,” because, up until now, researchers hadn’t found evidence that animals, specifically a species of monkey, can express themselves in anything other than the most basic of terms.

Klaus Zuberbühler and his colleagues have been working closely with a group of Campbell’s monkeys in the Tai National Park of the Ivory Coast. While studying the various calls of the monkeys, Zuberbühler’s team found that the animals made a “krak” sound, which indicated that a leopard is approaching. However, the monkeys also demonstrated variations of this basic holler. By adding a simple “oo” to the end to create “krak-oo,” the tree-dwelling primates communicated that they had heard a predator, but not seen it, or that they had heard similar calls of alarm from another species of monkey that dwell nearby.

The researchers catalogued many variations of the new monkey grammar, including “Boom boom,” which – no, doesn’t refer to the act of coitus, but instead means that the branch you’re standing on is not sturdy, so perhaps you should move your flea-grooming business elsewhere. “Hok hok hok” is also an alert, but it refers to crowned eagles, which prefer to strike from above.

This is the first time that meaningful syntax has been demonstrated in a nonhuman primate species, and it’s an amazing development. We’re always drawing the line between what makes them animals and us humans, but that line gets blurrier as we learn more about our Simian brethren. 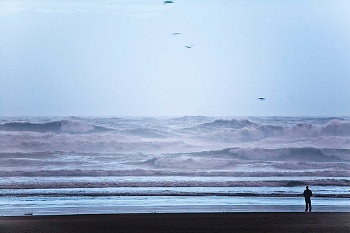 How many of us struggle with our fears – of flying, of heights, of spiders? Instead of flying, you might make the choice to take a significantly more dangerous cross-country drive; if you’re agoraphobic, just walking outside your door can be a monumental task in and of itself. I know I’ve wished that I could take my debilitating and ironic fear of the ocean and shove it into a deep, never-ending hole somewhere. Having been unable to locate this elusive hole full of unwanted fears, researchers have instead developed a way to rewrite them so that they are no longer terrifying.

Fear is defined as the body’s response to objects or events that are believed to represent danger. Common therapy can help alleviate these fears through a process called “extinction,” where the fear memory is suppressed as the event is experienced within a safe environment, free of dangerous conditions. Unfortunately, since this does not eradicate the fear memory, a particularly stressful event can bring the fear back in full.

Struggling to find a way to prevent the return of fear memories, researchers from New York University focused on an event called “reconsolidation,” when a fear memory is re-processed and then stored into the memory again. During this time, the fear memory can be altered and rewritten.

I wonder if we can associate our fear memories with something other than fear. In that case, I’d like to think of cake and rainbows instead of man-eating sharks whenever I think of the ocean. 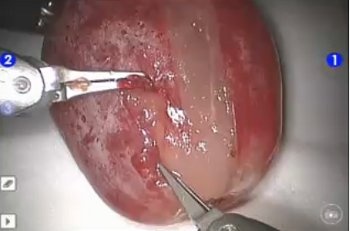 OK, the following information just terrifies me: H+ magazine has put together a feature of Robots Likely to Be Coming to a Hospital Near You. The surgeons of the future didn’t graduate top of their medical school class, but they were perhaps made by the top electrical engineering graduate studentsat MIT. These “medbots” have a wider range of movement than humans naturally do, and so can perform surgery more precisely and accurately – with decreased blood loss, smaller incisions and less pain for the patient (unless, of course, it goes I, Robot, on them).

The first medbot featured is the Da Vinci system. It’s a human-controlled set of pincers that can peel a grape perfectly. I’m not joking, just look at the video. Hopefully, the grape was under anesthesia, because the 8-bit repetitive music and the sight of three cold, robotic pincers coming at me would make me start screaming and never stop.

In a CNN interview, Dr. Nikhil Shaw is shown removing a prostate from a patient – but he’s using robotic arms and a joystick to do so. According to Shaw, “[The Da Vinci system] takes away some of the impreciseness of the human hand. I’m able to use my hands to control the instruments, but I’m able to do it more delicately.”

The next medbot is called “The Heartlander.” This instrument will eventually be able to deliver minimally-invasive therapy to the human heart – while it’s still beating. It’s sort of like a rover – the HeartLander is placed on top of the beating heart, and then the surgeon will guide it using a joystick towards areas that need an injection of medicine or pacemaker electrodes. Though not currently available, it has been tested on a live pig’s heart.

The “Virob” is a tinier version of the medbots – it measures a mere 1 millimeter in diameter, and 5 millimeters in length. It’s designed to deliver drugs to hard-to-reach areas of the human body using its magnetic field to make its way through veins, arteries, even blood vessels. Speaking of tiny, have you heard of nanobots? Of course you have, in science fiction books. But they’re beginning to stretch into the realm of non-fiction.

Researchers from the École Polytechnique de Montréal have engineered living bacteria with polymers that could eventually locate and attack growing cancerous cells. Researcher Sylvain Martel used these hybrid nanobots to steer through the carotid artery of a living pig using magnetic resonance imaging. Eventually, advanced nanobots will be able to adapt to their surrounding environment, move and communicate with each other and perhaps even replicate themselves. 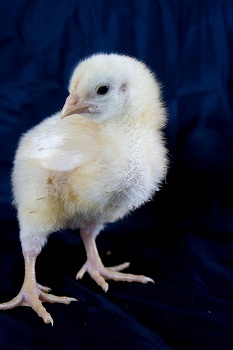 It’s Hard to Be a Chick. No, Really

Being a female ain’t easy. No, not because we have to struggle around in high heels, recall “Sex in the City” quotes at the drop of a hat, or deny ourselves the scrumptious double scoop of mint chocolate chip ice cream in order to lose two more pounds. No, it’s because there’s only a single gene struggling to keep us from becoming a male at any point in our lives.

The FoxL2 gene is present in every female, and it works by preventing the male gene, Sox9, from taking over and making us hairier, cruder and lewder. When the FoxL2 gene is turned off, a signal processes ovarian cells and turns them into cells that are typically only found in the testes and causes them to produce 100 times more testosterone than normal. Essentially, the ovaries turn into testes.

This “female gene” is active throughout a woman’s lifetime, constantly maintaining her femininity, and her ovaries. According to researcher Robin Lovell-Badge, from the Medical Research Council’s National Institute of Medical Research in London, this genetic manipulation could be an alternative to typical gender re-assignment surgeries: “It’s still very speculative, but it’s possible that this approach could produce an alternative to surgery and the removal of gonads — ovaries and testes.”

These findings mean that being male or female isn’t a fixed state that’s determined at birth, but instead a constant struggle that waxes and wanes. This may lead to further explanations on unwanted body hair and post-menopausal changes in women, such as deeper voices.