Mating displays aren’t just for show – how well a bird can strut its stuff directly affects the fertility of the female and the health of the offspring. Well, that’s the case with one species, at least: the Houbara bustard.

This desert bird lives in northern Africa and Asia and when mating season comes along, the males run in circles, with their heads lifted to reveal their sexy white throat feathers. Healthier males can run more laps and take fewer breaks, and this is very, very attractive to the ladies.

In the experiment, 90 female Houbara bustards were given a Chippendales-esque show by other birds while they were artificially inseminated. 30 females watched healthy male displays, 30 watched inferior male displays, and the other 30 watched other females. Females that took in the healthier males display laid eggs containing twice as much testosterone as eggs laid by females who did not. Testosterone is used in bone density and muscle mass. Further, more eggs that were laid by females viewing the healthy males hatched, as compared to the other groups. Overall, the “sexier” the dance, the more fertile the lady and the healthier the chicks.

This study holds promise for endangered birds whose populations scientists are trying to re-establish. “In a lot of cases, females are separated from males, and they never see each other,” explains Dirk Schmeller, a biologist at the Station d’Ecologie Experimentale du CNRS. “If you have one row of females and one row of males, and they could see each other, that could improve the quality of the chicks. If these chicks are released into the wild, their probability of survival should be much higher than normal.” 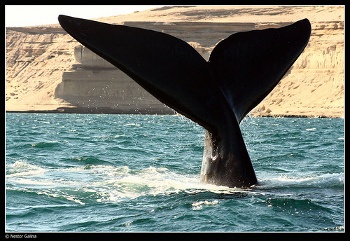 Twelve million years ago, the scariest thing in the ocean wasn’t the 67 foot long megaladon, but a sperm whale. Fossilized remains of a massive sperm whale were found in Peru’s Pisco basin. Leviathan melvelli, named after the author of Moby Dick, reached a length of 60 feet and had interlocking 14-inch teeth that were perfect for snacking on whales half its size.

“It must have eaten very large animals, and the most common prey at the site are baleen whales about seven or eight meters long. It was a super-predator,” explains Olivier Lambert of Belgium’s Royal Institute of Natural Sciences. “We propose that Leviathan fed mostly on high-energy content medium-size baleen whales. As a top predator, together with the contemporaneous giant shark Carcharocles megalodon, it probably had a profound impact on the structuring of Miocene marine communities.”

Scientists have always assumed that a giant predator such as Leviathan melvillei existed, but they had only ever found a few giant teeth in the fossil record. The Pisco basin find yielded the whale’s skull and jaw, with teeth as thick as a human forearm. It was likely related to present-day killer whales … man, I’d hate to see a killer whale 60 feet long. 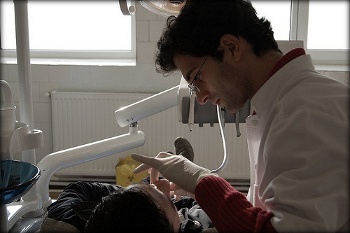 Hormone Gel Lets You Skip the Dentist, Regrow Your Own Tooth

I’ve been avoiding going back to my dentist because I know I have a cavity the size of the Grand Canyon that needs to be filled. I just need to wait a teensy bit longer because scientists have been developing a hormone gel that will regenerate the tooth without any need for painful drilling.

Here’s how it works: a dentist dabs a bit of the gel near the cavity and the hormone in the gel – a peptide which encourages bone regeneration – goes to work healing the tooth from the inside out.

However, if the gel doesn’t do the trick, there are other options: Popular Science has also reported on a gel that stops tooth decay, stem cells that regenerate entire teeth, “tooth-seeds” that can regrow molars and a lightsaber that kills cavities. 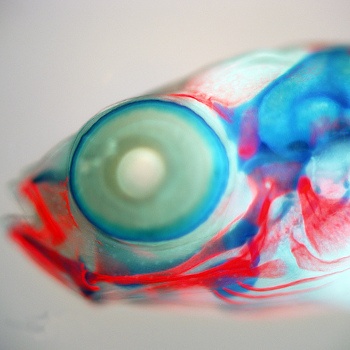 Fish Accept Robot As One of Their Own

Three spined sticklebacks have accepted an odd member into their school – an aquatic robot designed to look and act exactly like the rest of them. Scientists have created a remote controlled stickleback, and they can influence how the fishes act by directing the robofish to turn, swim faster or stop.

The first time scientists placed the robofish into the tank with 10 other fish, the sticklebacks were quick to leave their refuge follow its lead. They began to follow the robofish; when it turned, they turned; when it stopped, they stopped.

“We were surprised the fish followed even our first prototype of the robotic fish,” explains Jolyon Faria, a PhD student from the University of Leeds. “We thought it would take many different prototypes before we could convince the fish that the robotic fish was one of them.”

Interestingly, sticklebacks seem to respond better to the robofish as their fearless leader than live sticklebacks. The study’s authors believe this is due to a number of reasons. First, the robofish moves faster than real fish, which indicates to the school that they could learn something from it. Second, the robofish was at the front of the school, and previous studies have shown that bolder individuals have more influence over the school.

“Because robofish moved faster, without stopping and tended to be at the front or edge of the shoal, the other fish saw it as bold and definite in its actions, which encouraged them to follow,” explains Faria.