Trick Your Fat Into Losing Itself

So, there are two different types of fat in our bodies: energy-using brown fat and energy-storing white fat. Brown fat is typically found in babies, who consistently convert it into energy to help themselves keep warm. As they grow, children eventually learn to regulate their own body temperature, and the brown fat converts to white fat, which is the energy-storing fat that results in the rapid expansion of adult waistlines. Some remaining pockets of brown fat can be found in adults – more so in skinnier folks – but for the most part, it’s all white fat.

Scientists have now located an enzyme, COX-2, that makes white fat act more like brown fat. When they upped the amount of COX-2 in lab mice, the result was an astounding 20 percent loss of weight.

“There has been a lot of excitement around brown fat, but … there wasn’t any clear indication that turning up brown fat would make animals lose weight,” explains Chad Cowan, from Harvard Medical School.

The study seems to show that it does, but this doesn’t mean doctors will be offering COX-2 injections as a safe alternative to liposuction anytime soon.

According to Stephan Herzig, team lead on the study, “the COX-2 enzyme is present in a wide range of body tissues, and revving up its activity may lead to some serious side effects such as clotting problems, increased sensitivity to pain and even muscle abnormalities.”

Even more alarming: In order to coax white fat into acting like brown fat, the scientists had to trick the mice into believing they were at a colder temperature than they actually were. By dilating blood vessels and increasing the pumping of the heart, they tricked the bodies of the mice into thinking they were shivering, which promoted the use of brown fat to warm themselves.

On May 10th, 83 participants gathered at the Philharmonic Center for the Arts in Naples, FL to take part in the 6th Annual Best Illusion of the Year contest. There, Japanese scientist Kokichi Sugihara displayed a video of objects doing the impossible: wooden balls rolling up a ramp.

The illusion plays on the specific ways our mind perceives and understands information. The cross-shaped pattern is made up of four ramps of differing lengths that obviously slope downwards when viewed at most angles. However, by looking it at one particular angle, our minds decide that it’s simply easier to see the four ramps as equal size, sloping upwards at the center.

Sugihara took home first place for the illusion, but the day was just beginning.

Renowned scientist Daniel Simons attended the show in a gorilla suit, a play on his previous study that showed people will completely miss a person walking around in a gorilla suit during a game of basketball. This time, he asked the audience to count how many times the players wearing white pass the ball during a basketball game.

Watch the video, and see how you do:

Neat, huh? This time, people were expecting the gorilla, but most people didn’t even notice that the backdrop changed or that one person walked away from the basketball game.

Psychologist Peter Thompson presented the “fat-face-thin” illusion, which reveals that we see people as skinnier when we view them upside down. The illusion shows that facial features such as the eyes and nose can distort our perception of face shape.

Second place went to Bart Anderson of the University of Sydney, Australia. He presented an animation of four circles moving back and forth over a white rectangle. As the circles pass over the rectangle, a ghost image appears, an image produced by our mind trying to comprehend the transition. 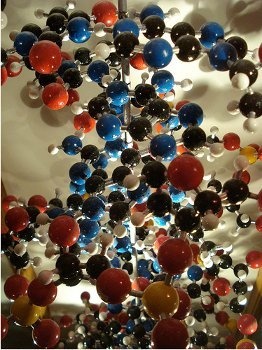 All Life Evolved From One Cell

Darwin just may have been right: Recent studies show that it’s quite likely that all the diversity in the world may have just come from a single, unicellular organism that lived 3.5 billion years ago.

There are three domains of life – Bacteria is in its own domain; single-celled organisms are in the Archaea domain; and humans, plants, animals and everything else you can think of is in the Eukarya domain. Either each domain had a single ancestor, or there was just one ancestor across all domains.. Using statistical methods and computer models, Douglas Theobald calculated that it’s the latter – we all came from one “universal common ancestor.”

He calculated the odds that each domain would have its very own ancestor, and the odds were “just astronomically enormous,” Theobald stated. “The number’s so big, it’s kind of silly to say it.” Well, if he won’t – we will. It’s 1 … followed by 2,680 zeros.

Theobald also tested the creationist theory that humans were placed here in their current form and did not have any evolutionary ancestors. The odds that we humans arose separately from everything else are 1 followed by 6000 zeros.

Theobald then tested the probability that all life forms came from one single, common ancestor. Since all life forms share 23 universal proteins, it was always assumed that we more than likely shared a common ancestor, but Theobald disagreed. “What I wanted to do was not make the assumption that similar traits imply a shared ancestry … because we know that’s not always true,” he explains. “For instance, you could get similarities that are not due to common ancestry but that are due to natural selection.” In other words, we may share common traits due to environmental pressures such as predation or natural disasters, instead of genetic inheritance. 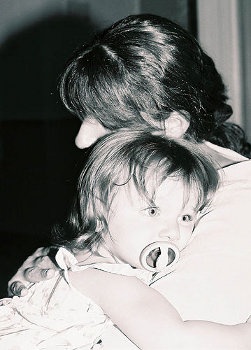 Phone Call From Mom Is Just as Good as a Hug

If you’re stressed and craving a reassuring hug from mother, but she’s miles away, a phone call may be just as helpful.

Researchers at the University of Wisconsin-Madison conducted a study on a group of seven to twelve-year-old girls, asking them to complete a set of math and speech problems in front of a bunch of strangers. This sent their stress levels soaring, as it would participants of any age.

After being sufficiently terrified, one third of the girls received a hug from mom. One third was left to watch an emotionless video, and the other third got to call their mothers.

“The children who got to interact with their mothers had virtually the same hormonal response, whether they interacted in person or over the phone,” explains biological anthropologist Leslie Seltzer.

Specifically, levels of the “love hormone” oxytocin rose, resulting in the stress-inducing hormone cortisol to lower.

“It was understood that oxytocin release in the context of social bonding usually required physical contact,” states Selzter. “But it’s clear from these results that a mother’s voice can have the same effect as a hug, even if they’re not standing there.”

I wonder if these results are the same across all age groups. Can a 55-year-old still get the same experience from talking to his or her mother, or does this change as we become adults ourselves?