Vomit-inducing guns have been the military’s wet dream for years, and they’ve sunk million dollars into efforts to create one. Sure, there’s always the good, ol’ fashioned shoot-’em-till-they-stop-moving route, but the military also wants several non-lethal options at their disposal. So far, the Vomit Gun has eluded them, but they’ve managed to dream up plenty of other weapons whose creation have also failed: The Brown note would have caused your bowels to spontaneously evacuate, and they were hoping to make a “Gay Bomb,” which would make you believe your trenchmate was the sexiest thing since Megan Fox. Lastly, there’s a “Halitosis Bomb,” producing a smell which no amount of Certs could cure. All of these non-lethal weapon schematics have been rejected by the Pentagon, because, really, who wants to see Call of Duty: Smelly Poop Fantasy become a reality?

However, where the US Navy has failed, two clever engineers with $250 spare change in their pockets have managed to make a vomit gun. With just a few LED lights, a heatsink from a computer and a nine-volt battery, you can have your very own spew phaser, too. Instructions on how to make one of your very own are available here.

Other failed military projects can be found in the “Harassing, Annoying, and “Bad Guy” Identifying Chemicals” PDF, but I will include some of the highlights:

The Day Star, It Burns!: Chemicals which would cause troops to become very sensitive to sunlight. Side effects include: World of Warcraft, poopsocks and an affinity for Cheetos.

Moses: The Plague Redux: Attract swarms of “stinging and biting bugs, rodents, and larger animals” to the enemy position with a chemical that makes them aggressive and annoying.

If you’re reading this thinking “Man, the military doesn’t get to create anything cool,” fear not. The Pentagon has developed a small, possibly handheld weapon that will cause a “burning sensation ” when the laser beam is directed at skin. Apparently, the burning sensation is enough to be incredibly uncomfortable, but stops just short of causing an actual burn. I’m guessing it hurts somewhere between electrolysis and an acid facepeel. The male equivalent would probably be severe razorburn. There’s also a “Less Lethal Launcher” in development, a name that invokes the idea of “dead, but not quite,” which I’m pretty sure will lead to the inevitable creation of zombies. For more fun “non-lethal” projects in the works, check here. 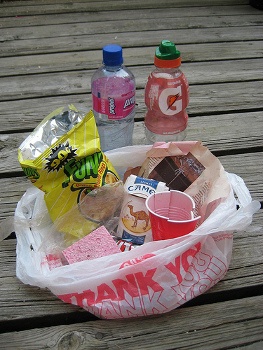 What doesn’t make you fat, nowadays? I was totally on board whenever people were blaming fast food, lack of exercise and high glucose corn syrup for the extra inches, but lately, it’s just gotten ridiculous. I’ve heard claims that everything from health insurance to credit cards can play a role in causing people to gain weight.

Now, science has found tenuous evidence that exposure to certain plastics while in the womb or in early years may hardwire you for a life of obesity. These waist-altering compounds are called obesogens. That’s right. Their entire existence revolves around making you fat. An obesogen disrupts normal development of metabolism and the use of lipids – processes which help to regulate and manage obesity. This claim isn’t actually that far out there. Plastic is man-made, and the chemicals it breaks down into (such as phthalate and BPA) mimic natural hormones produced by your body. When levels of these hormones are increased or decreased by mimicking hormones, it can wreak all kinds of havoc.

How exactly the obesogen causes obesity is unclear. It’s been postulated that it may work by disrupting your body’s circadian rhythm, encouraging you to chow down when you should be sleeping (midnight runs to the fridge, anyone?)

A study has also shown that obesogens can affect the fetus during its development in the womb: Cells that were normally supposed to become fibroblasts became fat cells instead when in the presence of an obesogen. Existing fat cells grew faster and more plentifully when exposed to the compound, as well. 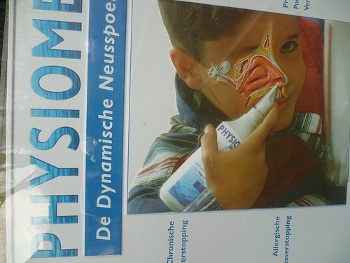 Use Nose Spray, Do Better on Tests

Cramming for a test has just gotten a little easier. Scientists have now developed a nose spray that improves memory. 17 strapping young men who were asked to read a short story, spray some chemicals up their nose and then have a long night’s rest. One group sniffed placebos, and the other group huffed interleukin-6, an immunoregulatory signal that normally plays a role in inflammation. They now believe that this chemical is responsible for aiding in long-term memory during sleep. The men who had sprayed the real stuff were able to remember more words from the story.

However, the nasal spray won’t be able to do its work if you don’t get a good night’s sleep. Not only do you need to sleep, but you need to experience REM sleep, the time of sleep where your neurons are as active as when you are awake. It’s already been postulated that your brain uses the period of sleep to organize its thoughts, cementing things that you have just learned into its memory. 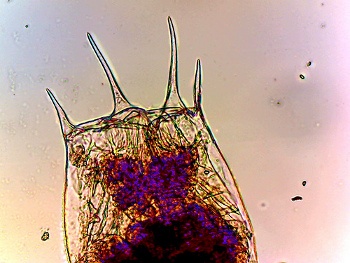 We Don’t Need No Men, Man

Most denizens of the animal kingdom thinks sex is the best since sliced bread. It’s an easy way to reproduce, it provides change and variation for the genome, and it’s mostly low risk. However, there’s one invertebrate that doesn’t like sex, and, in fact, doesn’t like having the other gender around at all.

Meet the bdelloid rotifers: an all female group of freshwater invertebrates that don’t need males, and haven’t for the past 80 million years. They are lifetime asexuals, so no Death by Snu Snu if a male should happen to enter the picture.

In sexually reproducing populations, a set of chromosomes can exchange genetic information, which can lead to advantageous and/or harmful combinations. Either way, genetic mingling helps to weed out harmful combinations and spread beneficial ones. So, how do bdelloid rotifers gain the same evolutionary advantages as sexually reproducing organisms?

To enhance their genetic fitness, bdelloid rotifers engage in “horizontal gene transfer.” They recruit foreign genes from bacteria, fungi and even some plants and integrate them into their own genetic code.

Scientists believe that the rotifers habitually break down their own genome and then rebuild it using genes from surrounding rotifers and even other species. Another way they receive new genetic information is from the food they eat. They enter into a period of desiccation, a severe drying out, and go into a deep hibernation period for months or even years. During this period, their cell membranes and DNA may be severely altered or broken down. When water is found again, they rebuild their genome using strands of their own DNA, and also strands from the food they had consumed before entering hibernation. The food they eat then becomes a part of them, literally.