Think the PlayStation Move or Microsoft Kinect peripherals are neat? They’ve got nothing on the Virtusphere. The Virtusphere is a giant human-sized hamster ball of pure virtual reality goodness. Previously only used for military and police training, the Virtusphere was installed last May in the Excalibur hotel in Las Vegas for the general public to geek out about. While inside, casino-goers can experience a first-person shooter or tour history Russian architecture in full virtual reality.

The Virtusphere is about 100 square feet and close to 10 feet tall. The sphere rests on top of a platform with omni-directional wheels, which allows the sphere to rotate a full 360 degrees. Players can run, jump, and roll at their leisure, without having to worry about hitting a wall. If the player does happen to lose their footing, the Virtusphere is made of the same plastic as Legos, which will help to cushion the fall (I don’t know how effective this cushioning is – Legos are still pretty painful to land on). Underneath the platform, a sensor tracks the player’s movements as they move along the X and Y axis. The player wears a head-mounted display with two internal LCD screens and a bevy of gyroscopes, magnetometers and accelerometers; all of which provide constant data that allows the sphere to simulate how the player is moving in-game. It’s currently compatible with a few popular 3D engines, including Quake 4 and Unreal 3, which means that integration with hit games such as DOOM and Gears of War could soon be playable in full VR.

The Virtusphere website offers a rich list of what the fancy oversized hamster ball could be used for. Feel like experiencing Rome in all of its ancient glory? Go for it. Hate running outside, but despise staring at a blank wall while on a treadmill? Jump into the sphere. Do you want to actually be Solid Snake in MGS? Do it.

No word yet on where else the Virtusphere will be popping up. The price page at the website simply says “For buying Virtusphere, please send us request,” which I take as code to mean “you probably can’t afford this, sucker.” Still, I’d eventually like to get in one play some real-life Katamari Damacy. In a ball, while rolling a ball. So meta. 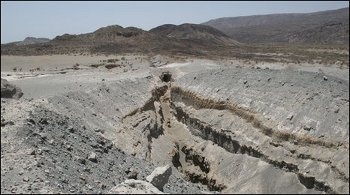 According to predictions, the southern bits of Ethiopia and Somalia will eventually drift away from their African mainland, leaving a new ocean in their wake. And it’s happening right now.

In 2005, a 35 mile-long crack spread across Ethiopia over the course of ten days, stretching up to 20 feet at its widest points. The crack has been steadily growing since, much to the excitement of geologists and seismologists everywhere. What they are witnessing is the creation of a new ocean, from the very moment of its birth.

“Eventually, this will drift apart,” explains Dr. James Hammon, a seismologist from the University of Bristol. “The sea will flood in and will start to create this new ocean. It will pull apart, sink down deeper and deeper and eventually … parts of southern Ethiopia, Somalia will drift off, create a new island, and we’ll have a smaller Africa and a very big island that floats out into the Indian Ocean.”

The fissure was formed when the Dabbahu volcano, dubbed the hottest place on the surface of the Earth, erupted in the Afar region of Ethiopia. Magma pushed from one end of the rift to the other, “unzipping” it and expanding the rift on both sides.

The rift was created by the spreading apart of the African and Arabian plates, which meet in the Afar desert. The plates spread slowly – about 1 inch per year – and have been moving for the past 30 million years. The spreading has resulted in the 186 mile-long Afar depression and the Red Sea. When the rift finally breaks Ethiopia from its African mother, waters from the Red Sea will spill into the new area, creating an entirely new sea about 10 million years from now. 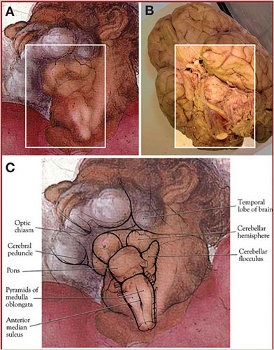 As we all know, Michelangelo, painter extraordinaire and master of anatomy, painted the ceiling of the Sistine Chapel. What we may not know is that he may have hid amazingly accurate depictions of human organs within the paintings.

The panel depicts a red-robed God reaching upwards into the sky and pushing the light away from the darkness, the fabled creation of night and day from the passage in Genesis. However, there’s something else to be found – a depiction of the human brain. Medical illustrator Ian Suk and neurosurgeon Dr. Rafael J. Tamargo claim that the painting conceals an accurate drawing of the underside of the brain, with structures such as the brain stem, the medulla, the pons and other structures clearly defined.

Suk and Dr. Tamargo happened across the anatomical easter egg after noticing that God’s neck is unusually defined in the painting. “The anatomy of the neck is very, very unusual,” Dr. Tamargo explains. “You would have to postulate that Michelangelo had a very bad day, which is very unlikely because he was very meticulous.”

Further, the lighting is all wrong. Though the main source of light comes from the lower left side of the fresco, there is another light that shines directly on God’s neck from the right. Michelangelo, a master of lighting, would only have made these mistakes intentionally, the authors claim.

The results will be published in this May’s issue of Neurosurgery, and Dr. Tamarko explains that their findings are “certainly subjective – artists don’t accompany their work with a description of what they’re putting in there. But I think that as with any finding, it’s either validated or rejected by what others think.” 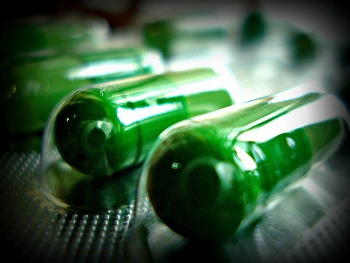 There’s interesting news on the obesity front: being fatter may just make you healthier. Contrary to common perception, excess weight isn’t necessarily a direct indication of a person’s health. About 30 percent who are classified as obese actually turn out be just fine, metabolically speaking. So, what’s with all the hubbub over the so-called “obesity pandemic?”

Recent research suggests that the problem isn’t the excess weight, but the inability of fat tissue to store all the extra calories. In a recent study, 12 obese and metabolically unhealthy subjects received the drug Pioglitazone for 12 weeks. Pioglitazone increases the production of fat cells, which also increases the storage capacity of your fat tissue. In other words, you’ll definitely gain weight while on this drug – but you might also become healthier, too.

And that’s exactly what happened. The subjects gained about 2kg of extra weight. The subcutaneous fat in their bellies increased by 10 percent and 24 percent in the butt and thighs. The visceral fat – aka, the “bad” fat, decreased by 11 percent. So, the subjects gained weight, so what? Well, the results also showed that their insulin sensitivity decreased by over 28 percent, meaning that they got healthier as well.