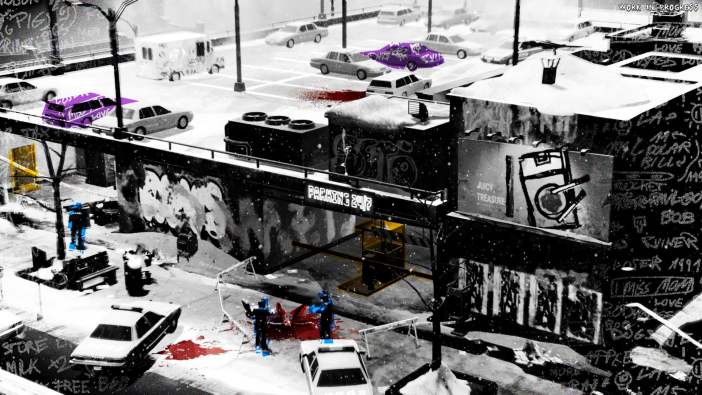 One of 2017’s weirdest stealth games, Serial Cleaner, is a getting a sequel next year when Draw Distance releases Serial Cleaners.

As with its predecessor, the game will task players with cleaning up after organized crime rings, disposing of bodies, and vacuuming away blood stains while avoiding the prowling police. However, developer Draw Distance is making some significant changes. The most prominent is a new isometric viewpoint and more detailed environments, moving away from the simplistic, top-down gameplay of the first game. The first images also seem to show the protagonist actively hiding behind walls, as opposed to simply breaking line of sight.

One other notable change of Serial Cleaners is that players will follow four separate mob cleaners, bringing them together in 1999 as they reflect on the decade past. However, when their stories fail to align, cracks being to appear in their cooperation. The story can be approached non-linearly, with the player choosing what to hear at what point. Meanwhile, each character will have a unique play style, including street smarts, brute force, tech skills, and “good old fashioned tricks of the trade.”

The development team is attempting to capture the feel of ’90s crime cinema, recreating and remixing some of the places, music, and characters that defined the decade’s output.

Serial Cleaners was announced during the Future Games Show and is currently slated to arrive on Nintendo Switch, PC, PlayStation 4, and Xbox One at some point next year.