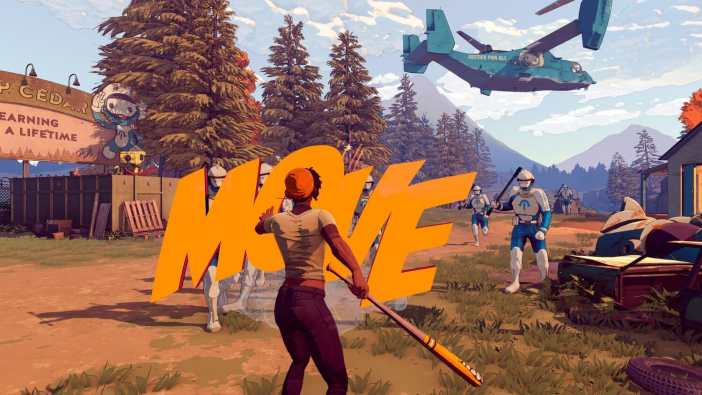 At the Future Games Show today, Red Thread Games, the developer of Dreamfall Chapters, provided the first look at its next story-focused project, Dustborn.

The game is described as an action adventure where players fight against an authoritarian regime using weaponized words. Dustborn takes place in an alternative future where the American Republic is under the control of a group called Justice.

Players assume the role of Pax, a pregnant ex-con contracted to deliver a package across the country while dodging both the authorities and a religious faction. As the journey goes on, Pax will have to recruit a group of fellow outcasts to ensure her task is achieved.

The gameplay will focus heavily around the use of words. Not only will dialogue choices affect the relationships between Pax and her crew, but players will be able to use words in combat. One example used in the game’s debut showing was shouting “move” to knock down a group of Justice soldiers. As the journey progresses, players will collect words from the government’s misinformation campaigns to “manipulate, intimidate and control the people” in the world.

As shown off in the trailer, Dustborn will use a graphic novel-styled art for its Neo-Western story.

Dustborn will be available on PC and next-gen consoles at some point next year.