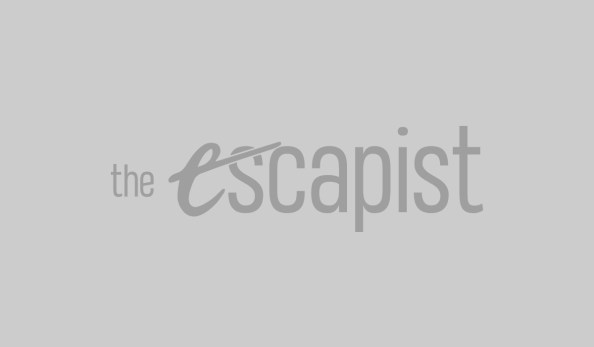 Disney took a gamble on Shang-Chi and the Legend of the Ten Rings when it decided to release the film theatrically only, as opposed to its strategy with Black Widow, where a digital and theatrical release was used. It paid off. Shang-Chi didn’t just do well for COVID times but smashed the box office record for Labor Day weekend with $94.4 million. However, that meant that people who didn’t feel comfortable heading to theaters yet had no way of seeing it. Well, their wait is over as Disney has announced that Shang-Chi and the Legend of the Ten Rings will being streaming on Disney+, for free, on November 12.

The release coincides with Disney+ Day, a major event Disney is putting on to celebrate the two-year anniversary of its streaming service. The day will not only see Shang-Chi drop but also see Jungle Cruise, a less successful recent Disney release that is currently available for a price on Disney+, become free for streaming as well. Alongside this, we can expect some reveals during the day from franchises like Marvel and Star Wars, as Disney will release a special celebrating the history of Boba Fett and another special celebrating the Marvel Cinematic Universe (MCU) on Disney+ that will feature “an exciting look towards the future.” Most likely these specials will feature some sort of trailers / teasers / first looks for both The Book of Boba Fett and the plethora of upcoming Marvel shows slated for the streamer.

It’s not just Disney’s big franchises that will be celebrated, however. The streamer will also be dropping a brand new Home Alone movie, the first five episodes of The World According to Jeff Goldblum season 2, a series of Frozen shorts called Olaf Presents, a new Pixar animated short based on the characters from Luca, yet another Simpsons short parodying Disney’s other brands, and a few other treats here and there. It seems like a pretty big day for the streamer, which seems to be approaching its celebration less as a teaser for things to come and more as a chance to dump content out. Nonetheless, November 12 is the day for streaming Shang-Chi for free on Disney+.