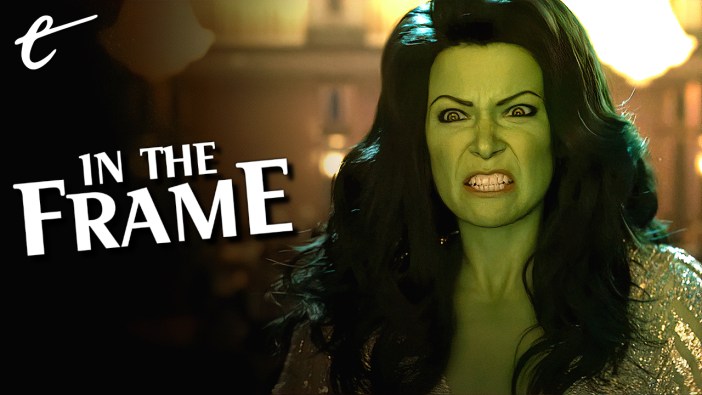 This discussion about how She-Hulk uses its narrative asides and breaking the fourth wall contains spoilers for all of season 1 on Disney+.

She-Hulk has a very complicated relationship with its audience. Literally.

One of the more interesting narrative devices on She-Hulk is Jennifer Walters’ (Tatiana Maslany) awareness of the fourth wall and her ability to directly address the audience watching at home. This is not a radical idea, particularly in the world of comic books. After all, the device was lifted directly from the source material. Even in terms of live-action adaptations, Deadpool has made audiences comfortable with the idea of a superhero speaking into the camera.

Breaking the fourth wall is a device with some interesting implications. Most obviously, it creates a sense of intimacy between characters and audience. Those children who grew up watching Clarissa Explains It All felt like Clarissa Darling (Melissa Joan Hart) really spoke to them, because… she did. If done well, the breaking of the fourth wall can demolish the remove that the audience feels from the action playing out on the glass screen in front of them. It makes them feel like more than observers.

In shows aimed at adults, the implications of the technique extend further. If breaking the fourth wall establishes intimacy with a protagonist, it also involves the audience. The audience becomes aware of its role as an audience — of its participation in and enabling of the drama just by choosing to watch it. House of Cards showrunner Frank Pugliese has talked about how Frank Underwood’s (Kevin Spacey) fourth wall breaks created “a certain kind of complicity with the audience.” 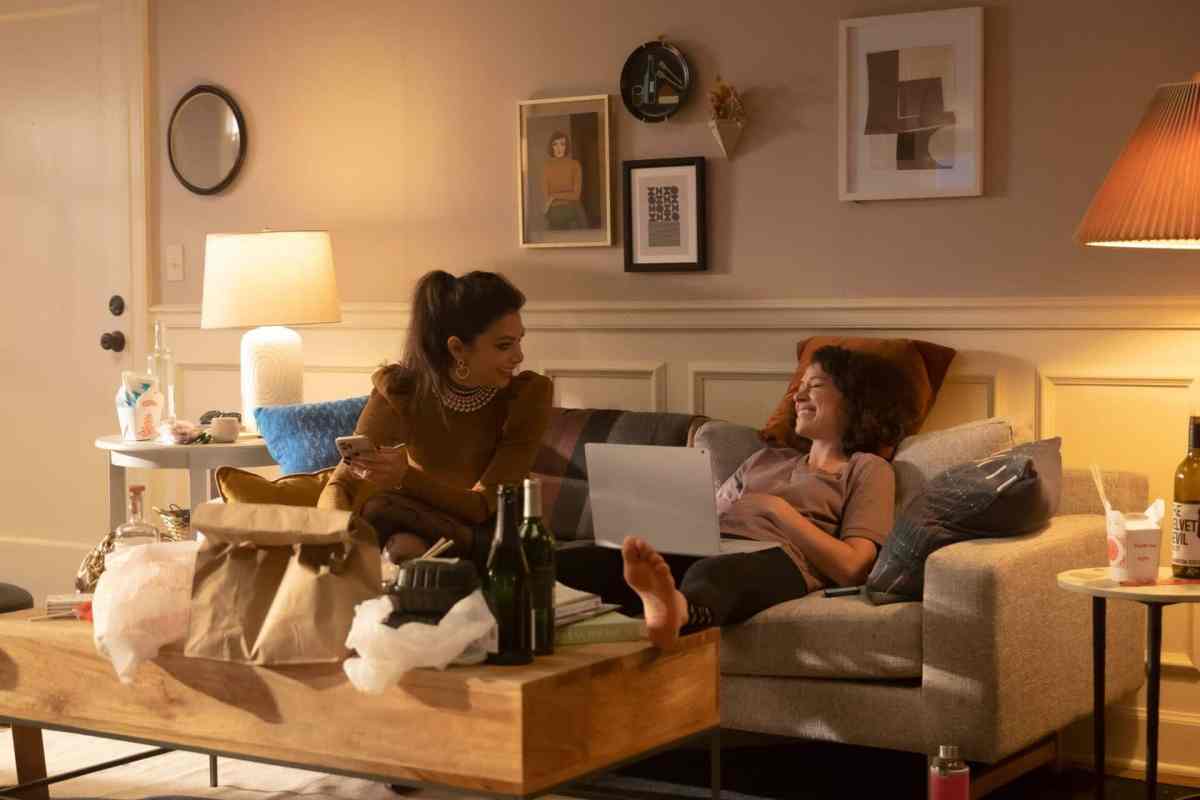 Throughout She-Hulk, Jen uses fourth-wall breaks in a variety of fairly straightforward ways. She’ll often use them to provide exposition at the start of an episode. She’ll also use them to provide the audience some insight into her inner life. She further uses them to make jokes about the show and its relationship to the larger Marvel Cinematic Universe (MCU). In the finale, “Whose Show Is This?,” she pushes it pretty far, to the point that Jen confronts her own writing staff.

However, there’s something intriguing about the tone of Jen’s conversations with her audience. There’s a recurring sense of something approaching passive aggression in these exchanges. Jen is friendly and open, but much of her narration underscores a sense that the show exists more in service of the perceived audience’s enjoyment rather than her own. At times, it seems like Jen is trapped in the show that the writers assume that the audience wants, rather than what Jen wants.

This is obvious from the opening scene of the first episode. She-Hulk doesn’t begin with Jen’s origin story. It begins with Jen getting ready to go to court and then having to interrupt that for an extended origin story. “It’s true, I am a Hulk,” she confesses to the audience in her first aside, fostering that sense of intimacy. She then elaborates, “And I’m guessing you’re not going to be able to focus on this fun lawyer show until you know all about that.”

This is striking because She-Hulk was not originally intended to open with an extended flashback origin episode. “Most of the pilot that you see was actually Episode 8,” head writer Jessica Gao told Variety shortly after the premiere. “We waited until the very end of the season to really reveal her origin story.” She elaborated, “There were several factors leading up to the decision, but really at the end of the day, we just realized people really wanted to know that information sooner.” 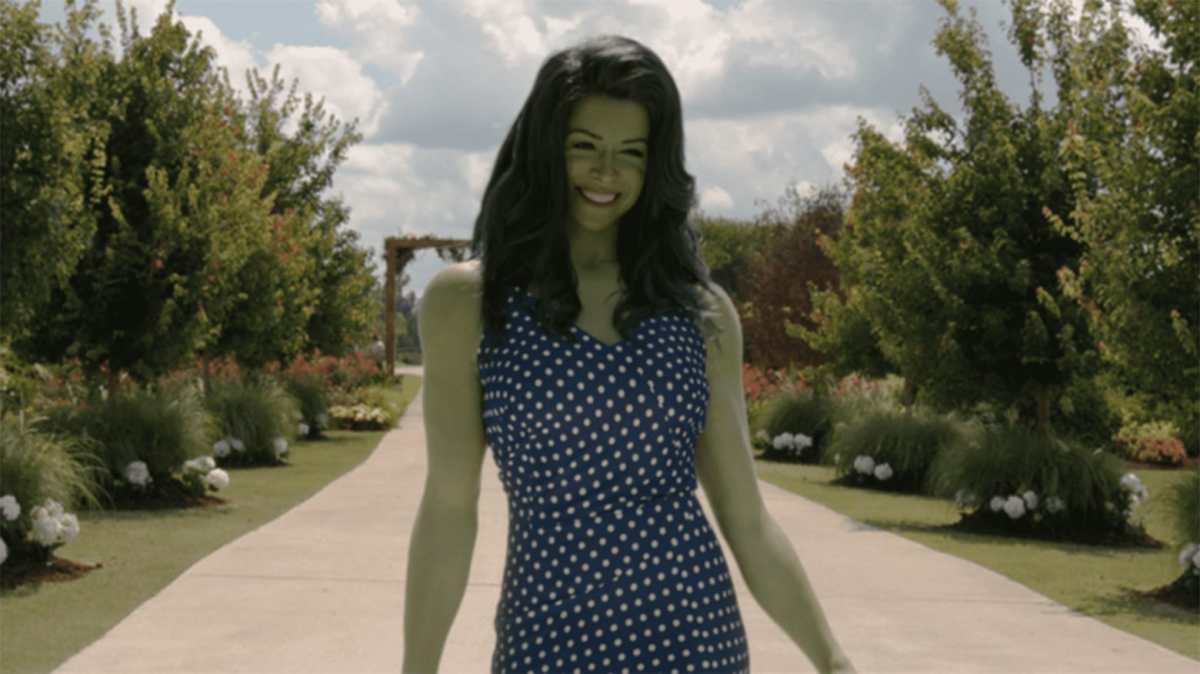 It is a disruption to the flow of the show, made on the assumption of the audience’s expectations. This is a recurring theme in Jen’s asides. This is most obvious when it comes to the show’s cameos from established characters like Bruce Banner (Mark Ruffalo), Emil Blonsky (Tim Roth), Wong (Benedict Wong), and Daredevil (Charlie Cox). More than any earlier live-action Marvel Studios streaming show, She-Hulk relies on a stream of appearances from recognizable characters.

It often felt like Marvel Studios was more anxious about She-Hulk than it had been about any previous streaming show. There are several reasons why this might have been the case. There was the obvious inevitable backlash from various sections of the internet, which the show managed to predict. The nine-week run of She-Hulk was the longest run of a live-action streaming show since WandaVision. The show was also pushing genres, positioning itself as a “fun lawyer show.”

In “A Normal Amount of Rage,” Bruce lectures his cousin on how “dialectical behavior therapy” allows one “to hold two opposing truths at the same time.” It often feels like She-Hulk is trying to do just that. It is trying to be its own show while meeting the external obligations imposed on it by the larger shared universe. Paradoxically, She-Hulk feels both furthest from and closest to the demands of the larger continuity. This tension plays out in Jen’s dialogue to the audience. 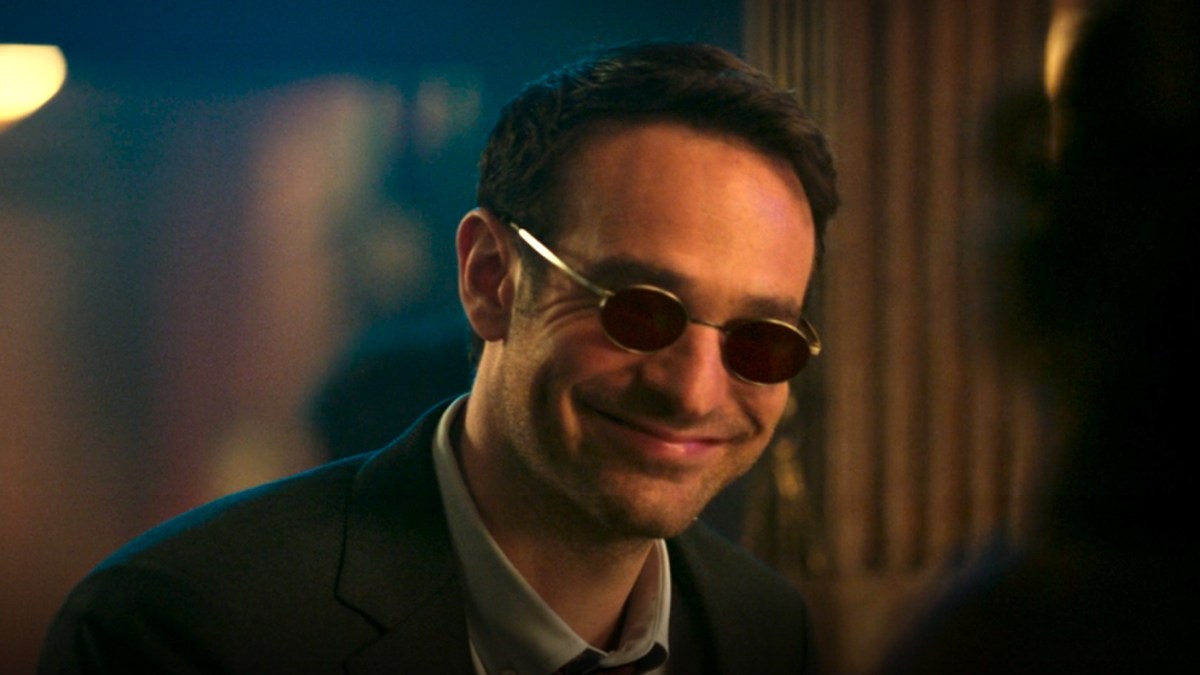 This is most obvious at the start of the show’s third episode, “The People vs. Emil Blonsky.” She turns to the camera, as if perceiving disappointment. “I know you can’t wait to see Wong,” she tells the audience. “I get it. I wanna make sure that you don’t think this is one of those ‘cameo every week’ type of shows. It’s not. Well, except Bruce. And Blonsky. And Wong. Just remember whose show this actually is.” This feels almost like an attempted power play from a character inside the narrative.

As the show develops, Jen’s dialogue with the audience becomes more accusatory. When her life falls apart in “Whose Show Is This?,” she challenges the viewer, “Is this what you guys want?” When the finale devolves into a nonsense fight sequence typical of shows like WandaVision or The Falcon and the Winter Soldier, she voices her own frustration, but also directly solicits the audience’s opinion, “Is this working for you?” The unspoken implication is that the audience might answer “yes.”

After all, even among enthusiastic fans watching the show, so much of the discourse around the show amounted to waiting for Daredevil to appear in the penultimate episode, “Ribbit and Rip It.” Of course, this isn’t a surprise given how much of the show’s publicity was built around Daredevil, but it’s still strangely disheartening. She-Hulk seems keenly aware that a not-insignificant section of its audience isn’t watching to see this “fun lawyer show,” but instead just to see a continuity reference.

Ultimately, the climax of “Whose Show Is This?” finds Jen fighting to assert control of her narrative, breaking out of the show and confronting K.E.V.I.N., the sentient algorithm that runs Marvel Studios, in what feels like the most strained “beat the audience to the punchline” joke in the studio’s history. “It’s my show,” she protests. The artificial intelligence responds, “Incorrect. It’s K.E.V.I.N.’s show.” Nevertheless, Jen argues for her preferred resolution to the show’s big arcs. 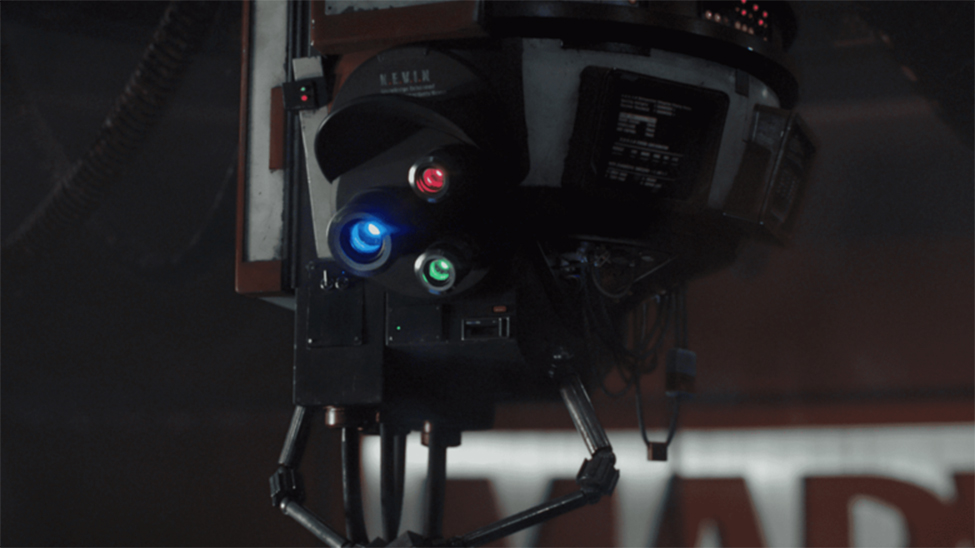 On the surface, K.E.V.I.N. listens to her. The ending is rewritten so that Todd Phelps (Jon Bass) doesn’t get superpowers, and so Emil is no longer in his Abomination form — even though he goes to prison for violating his parole for turning into his Abomination form. However, Jen still doesn’t get what she wants. Instead, K.E.V.I.N. makes a few superficial changes and this is presented as a victory for Jen. She has finally taken control of her own narrative.

One of the points of contention over the finale is the cameo from Jen’s cousin Bruce. “Bruce is supposed to return to explain what he was doing,” K.E.V.I.N. begins, explaining the sort of corporate-mandated fan service that Bruce was intended to shoulder. “We were going to introduce…” Jen cuts him off. However, K.E.V.I.N. ultimately gets his own way. Bruce still shows up later in the episode, introducing his son Skaar (Wil Deusner).

This decision was reportedly made by “the man himself,” President of Marvel Studios Kevin Feige. Predictably, the internet has gone wild over this, speculating over what it means for potential future projects like World War Hulk. She-Hulk might have gotten a little creative leeway to be a “fun lawyer show,” but by surrendering so much of itself. Jen has often felt like a passenger in her own show, beholden to cameos like those of Daredevil or Skaar.

Jen’s fourth-wall breaks add an interesting tension to this, because they place at least some of the blame on the audience. Jen’s narration is anchored in the assumption that the viewer at home is largely watching for these in-jokes and references, and Jen feels consciously beholden to the whims of this presumed audience. K.E.V.I.N. might be the surprise villain waiting at the end of the show, but She-Hulk suggests that its audience might also be an antagonistic force.