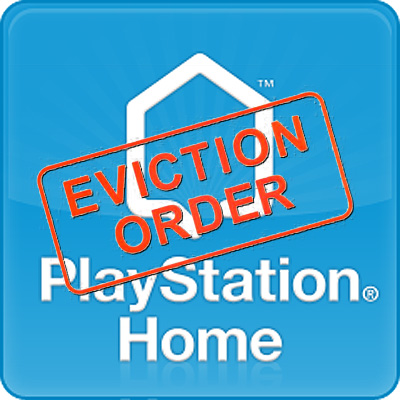 PlayStation 3 users’ virtual ‘Home’ away from home closing its doors next year “due to a shifting landscape”.

It’s been six years since Sony first gave PlayStation 3 users their own little slice of virtual real estate, courtesy of PlayStation Home. Since then, the online world has promoted movie premieres, hosted video game launch events, and even served as a virtual E3 booth for those unable to attend in real life. Now it seems that Sony is sticking eviction papers on Home users’ doors in North America and Europe, outlining its plans to shut off the lights and lock the doors on the social hub community early next year.

According to a Community Manager post on the PlayStation forums today, PlayStation Home will soon begin the process of winding down its operations. Citing “a shifting landscape”, the post announced that Sony will stop publishing new content for Home on November 12, and allow users to download content up until December 3, with a total closure scheduled for March 31, 2015.

News of the pending shutdown shouldn’t come as too much of a surprise, as Sony Computer Entertainment Japan had already announced its closure of Home services last month. Still, there had been hope from some users that the service would continue to operate in other markets, possibly even carrying over to the PlayStation 4 and PlayStation Vita consoles. A version of Home had previously been in development for the PlayStation Portable back in 2009, but never went further than the beta testing phase in Japan, ultimately halting development before ever seeing the light of day.

Despite the fact that users won’t be able to take any of their virtual goods with them when the service shuts down, Sony still plans to release a series of free content prior to Home’s closure, “as a token of our tremendous gratitude to the community.”