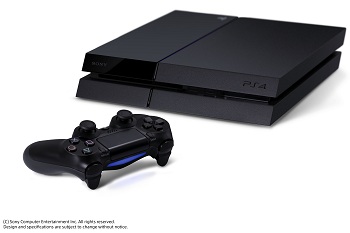 Sony believes developers big and small will benefit from the PS4’s focus on “ease of development.”

One of the biggest features of the PS4 that Sony has been highlighting is how accessible it will be for developers. Whereas the PS3 was initially puzzling to many game makers and consistently difficult to develop for, the PS4 will supposedly be much more developer friendly. It’s a facet of the hardware that the console’s lead architect, Mark Cerny, recently attempted to further reinforce.

“We had two goals for PS4 development. One was performance. Boosting the performance of the CPU and GPU means prettier graphics and more interactive worlds inside the games,” said Cerny. The console’s second goal however was geared more toward accessibility. “We asked assorted creators what kind of functionality we should put in, and we used their responses as a base when we finalized the hardware architecture. We’re aiming for not just performance, but also an environment setup that allows for smooth PS4 game development.”

This focus on “ease of development” is something that should allow developers of all sizes to get working prototypes and games up and running at a faster rate on the PS4. According to Cerny “even big titles can get rolling in two or three months.” That being the case, the company is aware of the fact that larger projects will still take time to make. To help save consumers from gaming droughts like those experienced during the earlier days of the PS3, the company is turning to its growing stable of indie partners to keep content coming.

“That’s why we’re trying to give our help out to indie titles,” said SCE Worldwide president, Shuhei Yoshida. “Huge titles from large makers take time to develop; they can’t just be brought out immediately. However, with the indie scene, especially in the West, we’re seeing really neat games coming out from there pretty much every week.” Whether or not gamers at large will see indie titles as an acceptable buffer to shore up the gaps between bigger game releases is perhaps yet to be seen. Yoshida however believes it to be a safe plan in light of recent purchasing trends. “More and more users are making digital purchases these days, so even studios making games with small teams can make it into a business.”