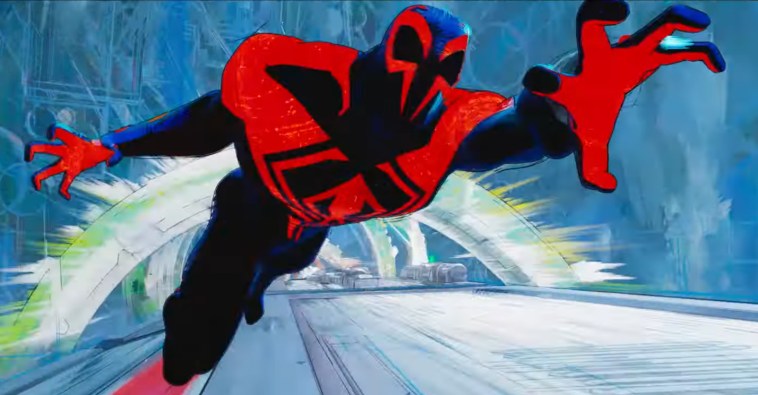 Sony Pictures has released the new, official trailer for Spider-Man: Across the Spider-Verse, which in brief glimpses reveals a couple dozen new superpowered spider people. Despite that, the trailer is actually highly reserved in what it chooses to reveal, with most of the plot still being a mystery. In an age where even The Super Mario Bros. Movie feels inclined to reveal its entire story in a trailer, it’s nice that this movie is keeping things close to the chest.

The first half of the official Spider-Man: Across the Spider-Verse trailer is essentially a remix of events from its Oscar-winning predecessor, Into the Spider-Verse, reminding us of the long journey hero Miles Morales has taken to his current point. The second half then has Spider-Gwen inviting Miles off on some sort of multiversal journey, the details of which are a question mark, and then all the other new spider people start appearing, like Spider-Man 2099, Miguel O’Hara (voiced by Oscar Isaac). However, the twist appears to be that… these spider people might not all be on the same side. It might be Miles and Gwen versus Miguel and everybody else (including a new take on Jessica Drew Spider-Woman voiced by Issa Rae), for one reason or another.

After reuniting with Gwen Stacy, Brooklyn’s full-time, friendly neighborhood Spider-Man is catapulted across the Multiverse, where he encounters a team of Spider-People charged with protecting its very existence. But when the heroes clash on how to handle a new threat, Miles finds himself pitted against the other Spiders and must redefine what it means to be a hero so he can save the people he loves most.

Nonetheless, we can expect the Spot to show up as a villain at some point, most likely in addition to some others. This movie will feature at least six different major art styles, and this trailer seems to tease at least a bit of that.