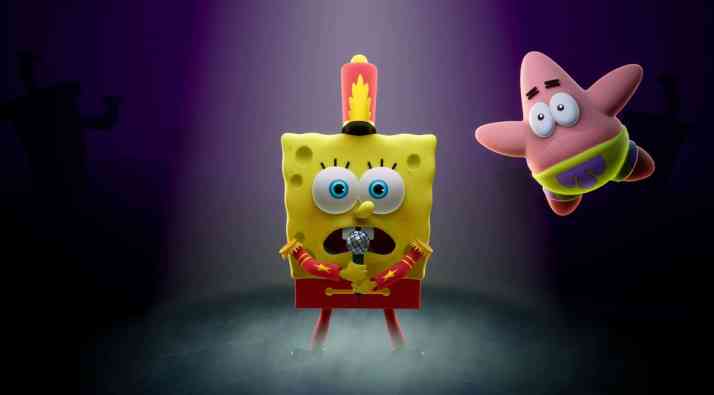 THQ Nordic and Purple Lamp Studios have unveiled SpongeBob SquarePants: The Cosmic Shake, a new Nickelodeon adventure game coming to PC, Nintendo Switch, PlayStation 4, and Xbox One. This latest SpongeBob spinoff video game was revealed during the THQ Nordic 10th Anniversary Digital Showcase, along with a sweet, sweet montage backed with one of the sponge’s most iconic moments.

Little about the gameplay in SpongeBob SquarePants: The Cosmic Shake has been revealed, but the publisher did reveal that players will get to venture through seven unique worlds when traveling through interdimensional portals. Throughout your time in the game, you’ll also get to wear 30 different cosmic-themed skins. You can read a quick story synopsis and watch the trailer below while we wait for more information:

Everything is possible in the infinite expanses of the cosmos .. there might even be a reality where mayonnaise isn’t an instrument! When the mysterious fortune teller Kassandra grants SpongeBob and Patrick wishes, the two buddies unintentionally open up portals to strange Wishworlds… it’s all F.U.N. and games until their friends get lost in the portals!

SpongeBob SquarePants: The Cosmic Shake follows THQ Nordic and Purple Lamp’s porous 2020 remake, SpongeBob SquarePants: Battle for Bikini Bottom – Rehydrated. At the time, the game refreshed the cult-classic Nickelodeon game from the early 2000s with enhanced visuals for modern consoles. It’s unclear if this latest THQ Nordic effort is being treated as an official sequel or spinoff from last year’s remake, but judging by the visuals and tone from the trailer, there may be hope for SpongeBob fans yet.

In other Nickelodeon news, publisher GameMill Entertainment as well as developers Fair Play Labs and Ludosity have been busy rolling out character reveals for their upcoming Super Smash Bros.-like fighting game, Nickelodeon All-Star Brawl. In addition to SpongeBob, Sandy Cheeks, and Patrick Star, we now know that the likes of CatDog, April O’Neil, and Ren & Stimpy will be joining the battle, too.