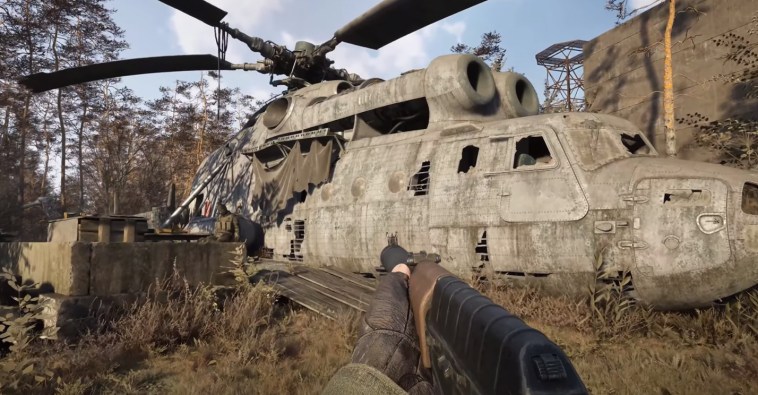 Ukrainian developer GSC Game World has published the STALKER 2: Heart of Chernobyl “Come to Me” gameplay trailer, confirming plans to launch its radioactive sequel sometime in 2023. Today’s trailer is one of the few times we’ve seen the sequel this year, so it’s nice to see two-and-a-half-minutes of genuine gameplay and atmosphere. In short, STALKER 2 still looks like an intimate, mysterious, and skin-crawling first-person shooter sequel set in a mutated open world. However, for every worn-down building and survivor camp shown, STALKER 2 still seems to have a few sun-drenched fields and pops of color. You can look at what 2023 has in store with the new STALKER 2 gameplay trailer below.

While it’s disappointing to see STALKER 2 without a new release date, (It was previously supposed to launch this month.) it’s also not much of a surprise. The studio has been on the frontlines of Russia’s war on Ukraine since the invasion began earlier this year. Just a few days ago, the studio paid tribute to Volodymyr Yezhov, a GSC Game World developer who recently died fighting against Russian forces.

Volodymyr gave us so many games, so many Universes… The players will always remember him.

Thank you, Volodymyr. Our condolences to the family. Ukraine has lost another hero.

STALKER 2 has faced troubled development but still looks to be one of the grimmest first-person shooters in recent memory. It is coming to PC, Xbox Series X | S, and Xbox Game Pass sometime in 2023.