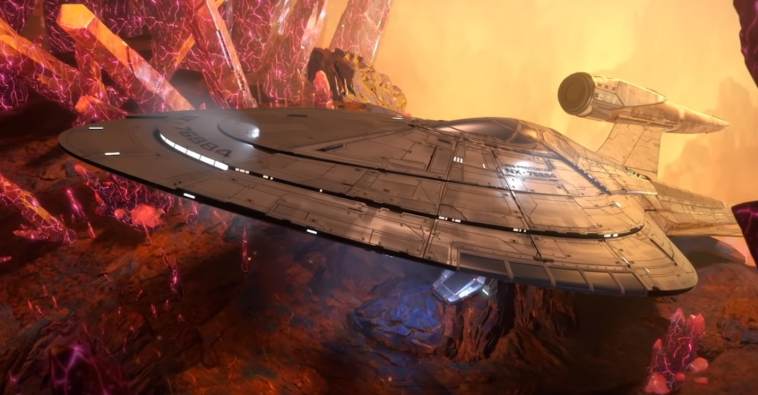 At [email protected] today, Paramount dropped the first teaser trailer for Star Trek: Prodigy, giving us our first look at the upcoming kid-friendly animated series coming to Paramount+ and Nickelodeon in motion. It doesn’t reveal a lot, but it shows off far more than we’ve ever seen, including a hint at the iconic voice of Captain Catherine Janeway, with Kate Mulgrew reprising her role but this time in hologram form.

The first thing to notice is just how stunning the show looks. Paramount has clearly put a lot of effort into putting together a series that looks like it isn’t some low-budget kid spin-off but a full-throttled series. The Star Trek: Prodigy trailer also has that unique Star Trek feeling of hope and exploration that many have complained has been missing from the likes of Star Trek: Discovery and even Star Trek: Picard. That may be because the series is infused with a young cast that is exploring the universe for the first time and has no idea about Starfleet or even how to pilot a starship. (It looks like they’ve commandeered one that’s quite similar to Voyager.) As the ragtag crew learns about the ship, they’ll also learn about Starfleet and the ideals it stands for.