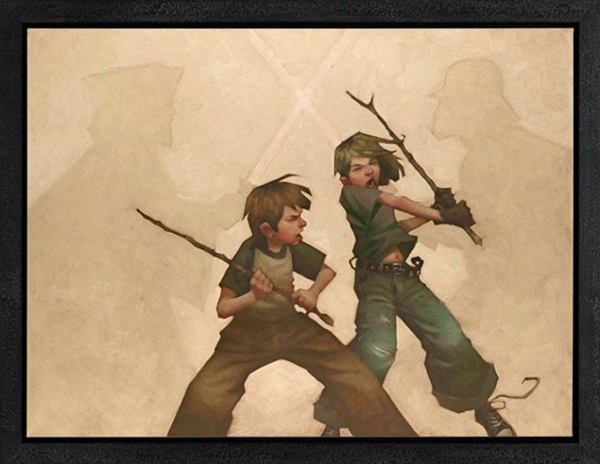 When you were a kid, you probably had a vivid imagination. (Those of you that still have a vivid imagination as an adult, don’t spoil the moment). Who didn’t play make-believe with the favorite sci-fi or fantasy characters they saw on TV or in movies, or even the comics? Thinking back to those moments of creativity has prompted artist Craig Davison to come up with a fascinating look into the world of child’s play.

Davison has plenty of galleries depicting childhood. But two that stand out to the geek in me were the Star Wars and Batman images. And the Batman shots are from the 60s TV show, not the Dark Knight we know today.

Now take a look at these images of the caped crusaders from the days of Adam West and Burt Ward (the POW! and ZLONK! give it away), and even an appearance by Batgirl and Catwoman for the girls.

If you want to see more of kids as cowboys, and even one as Bill Bixby’s Bruce Banner and the Hulk, check out Davison’s site.

And while you’re at it, who did you imagine you wanted to be as a kid?

Intelligent Alien Life May Be Found by 2040, SETI Astronomer Believes